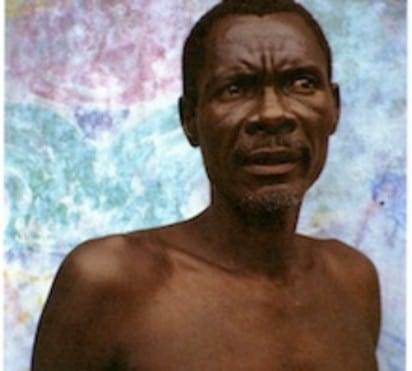 In 2012, Benin artist Cyprien Tokoudagba (pictured) died in Abomey, which is the same place he was born back in 1939. Before his passing, though, he would leave behind a treasured legacy as a master painter and sculptor who showed the world the traditional symbolism of his people, the Fon. At the beginning of his career, voodoo priests commissioned him to adorn the Voodoo temples of his homeland as well as temples in Ghana, Nigeria, and Togo.

Shortly afterward, he would be officially initiated in to the society of Tôhôssou, the deity of water. Toukoudagba would also work for the National Museum of Abomey, and once he began painting on canvas, his work would be displayed in Senegal, Brazil, Russia, Tokyo, London, France, and the United States. Toukoudagba’s work wouldn’t just be inspired by his people’s gods, though. His work as a restorer of bas-reliefs in Abomey’s palaces infused his art with the rich history of Dahomey’s kings, who flourished between 1625 and 1900. These kings reportedly drew their strength from animals, and Toukoudagba was able to articulate their collective inspiration in his work. Enjoy his masterpieces below.