Slavery in South Africa started in 1652, just around the same time as colonization.

This was when Jan van Riebeeck, the representative of the Dutch East India Company (the VOC), arrived in Cape Town to set up a refreshment station, where ships can resupply before sailing into India.

Van Riebeeck’s arrival was, however, not what one could call the coming of the white man in South Africa as colonialism is often associated with.

There were already white European and Asian people living in South Africa following several shipwrecks, which occurred along the coast.

Many of them joined the local people, that is Xhosa communities and the Khoi, lived with them permanently and even married them leading to so many clans. 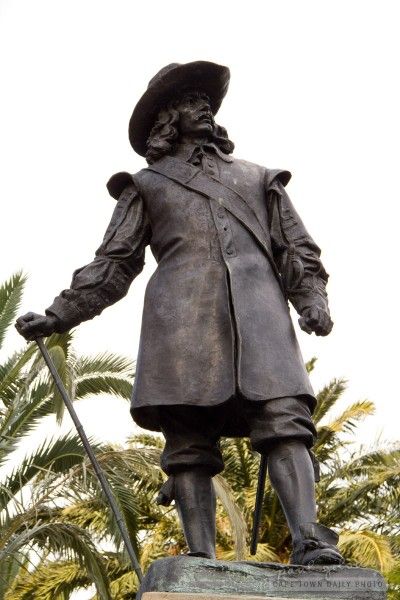 Riebeeck, after setting the refreshment station, eventually founded the first colony at Cape Town in 1652, which further opened South Africa to white settlement.

But following a shortage of labour and in order to fully develop the town, Riebeeck asked for more workers and subsequently called for the importation of slaves.

This is because he could not use the Khoi people as slaves as they had resisted any attempts to make them change their pastoralist way of life.

With their lands, flocks of sheep and herds of cattle, they were also at the time trading with the Dutch, providing them cattle for fresh meat.

Already having experience in buying and controlling slaves following the Atlantic slave trade, the Dutch imported slaves into South Africa, its last and cheapest resort as the European labourers demanded expensive wages. 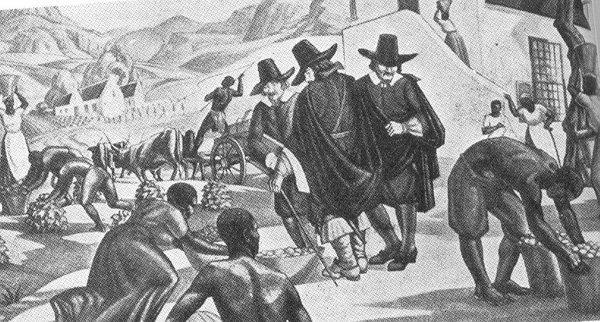 Other slaves originated from the east coast of Africa, including Mozambique and Madagascar.

Outside of Africa, slaves were imported from Siam (Thailand), Persia (Iran), Arabia (North Africa and the Arabian Peninsula) into Cape.

These slaves worked on farms, workshops, warehouses, as well as, in institutions like hospitals and private homes. Others became hawkers, fishermen and those with skills ended up being craftsmen.

Slaves in the Cape just like other areas worked very long hours under poor and harsh conditions. They were not allowed to marry and if they had children, their slave masters took charge of them and recruited them as slaves too.

Slavery, therefore, became the backbone of the labour force of the Cape until its abolition in 1834, by which time the Cape was under British rule.

The indigenous hunter-gatherer and pastoralist, Khoi, were largely exempted from the heinous treatment that slavery came with due to reasons earlier mentioned.

When the Abolition of Slavery Act ended slavery in the Cape officially in 1834, the over 35000 slaves who had been imported into South Africa were officially freed but were still bonded to their slave masters for four years through a feudal system of apprenticeship.