Nigerian-born South African actor and director Akin Omotosho's thriller Man On Ground is one of the major highlights of the Best of the Fest category at the inaugural Colours of the Nile International Film Festival (CNIFF) in Addis Ababa, Ethiopia from 7-11 November 2012, introducing the best of African cinema to African audiences. The festival will screen 58 titles, all of which will be African, East African or Ethiopian premieres.

“We’re very proud of our lineup,” says CNIFF president Abraham Haile Biru, a two-time Best Cinematographer winner at FESPACO for Darrat (Dry Season) and Abouna (Our Father). “The titles show that a new wave of modern African cinema is coming of age; they present a new vision of the continent and its creativity.”

Biru is the founder and manager of Blue Nile Film and Television Academy, a pioneering training institute in Addis Ababa that is organizing the festival with The Ethiopian Filmmakers Association.

CNIFF has three competitive selections, dedicated to features, documentaries and short films by African directors and/or produced by African countries in the last two years. 11 prizes will be awarded, including The Great Nile Award for Best Feature Film Director. 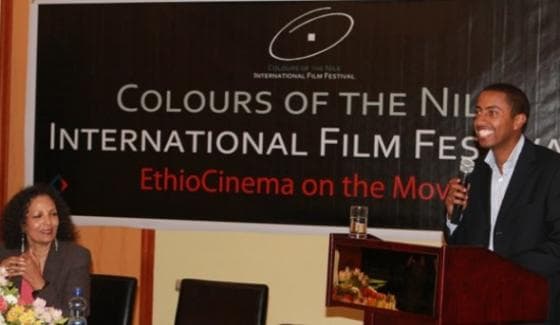 Alla says, “In the past African cinema gave us gems that belong not only to the African film treasury, but the film treasury of the world. One of the first restored projects of Martin Scorsese’s World Cinema Foundation was Touki Bouki by the great Djibril Diop Mambéty. Today, a conversation on film culture is impossible without mentioning the symbolism of Souleymane Cissé’s Yeelen, the poetic realism of Sarah Moldoror’s Sambizanga, and the expressionism of Ousmane Sembene’s Moolaadé. But as our line-up shows, African cinema of today is on the way to establishing a new identity, embracing digital technologies and urban culture, often living in multiple geographical locations, existing in a global context and thinking with universal references.”

Alain Gomis is the 2012 filmmaker in focus, with his film Tey, a co-production between Senegal and France, as the opening night film. American slam poet Saul Williams stars as Satche, a man who knows he’ll die in the next 24 hours. After its world premiere in competition at Berlin, The Hollywood Reporter called Tey “an unusually serene, non-Western meditation on the inevitability of death… laced with surprising moments of lightness amid the melancholy tenderness.”

To commemorate 50 years of Alger’s independence, CNIFF will host a special screening of A Trip to Algiers/Voyage a Alger, co-presented with Cinematheque Afrique.