For those of you who thought that the adventures of the 1988’s feature film, “Coming to America,” was left still, Martin Lawrence may be starring in a new comedy called “Back to Africa.” 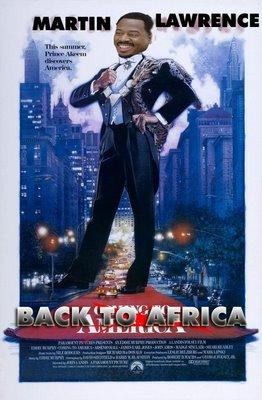 In this film from Alcon Entertainment, Lawrence will play the role of a working-class native who suddenly discovers he is the heir to a throne of an African country.

The plots seems to characterize the opposite of “Coming to America,” however, the comedy is found in Lawrence’s difficulty in adapting to his new family at the other side of the world!

The release date for “Back to Africa” has not yet been reported, and the details of the production have not been disclosed to the public.

Stay tuned to F2FA for the latest on this upcoming release!