An unknown species of the human ancestor has been found hiding in the DNA of West African people, a study by the University of California in Los Angeles (UCLA) has revealed.

Arun Durvasula and Sriram Sankararaman from the Department of Human Genetics at UCLA used a statistical method to identify unusual genes from archaic ancestors in individuals today.

The two applied the method on 50 Yoruba people and 50 people of European descent, whose genomes are part of the 1000 Genomes project.

The result was the discovery of an unknown species, referred to as ghost species, that could be responsible for suppressing the development of tumours in people from West Africa.

So the question is: which ghost species is this?

Well, according to researchers, the most likely candidate is the Homo heidelbergensis. 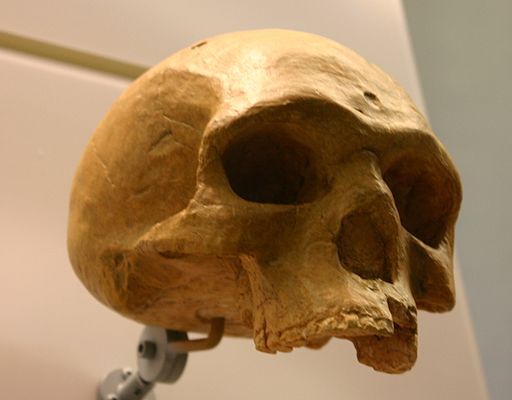 By Ryan Somma from Occoquan, USA via Wikimedia Commons

The History of Our Tribe: Hominini by Barbara Helm Welker, states that there is good evidence that H. heidelbergensis gave rise to Neandertals. The fossils of the H. heidelbergensis have been found in Africa, with the oldest site in Boa, Ethiopia. It has also been discovered in Germany and Spain, to where they migrated from Africa according to research.

They were one of the most advanced hominins, who were foragers. They not only moved from one place to the other, living in caves and under rock shelters, they also were the first species to build free-standing structures as per evidence found by scientists. They were also among the first species to use fire.

By José-Manuel Benito  from Wikimedia Commons

Their hypothesis so far is that humans had interbred with the hominins, passing down the gene to the modern individual.

However, this is just a hypothesis.

The gene could belong to any other hominin that has not yet been discovered.