He has been described by many as extraordinary. In his long and remarkable life, the Buffalo soldier earned 11 degrees and was still practising law until he was 106.

Born to a former slave father and a free mother in Kentucky on June 25, 1889, John Morton-Finney joined the U.S. Army and became a member of the 24th Infantry Regiment, otherwise known as the Buffalo Soldiers when he was 22.

He served in the Regiment from 1911-1914 and went to the Philippines, where he rose to the rank of sergeant and applied for an officer’s commission.

After serving in the Philippines, Morton-Finney returned to the States in 1914 and completed a degree at Lincoln College in Missouri two years later.

He started teaching in a one-room schoolhouse in Missouri but when the US entered World War I, he slipped on his military uniform once more and fought for the American Expeditionary Force in France.

He returned to the States after the war and earned degrees in math, French, and history. 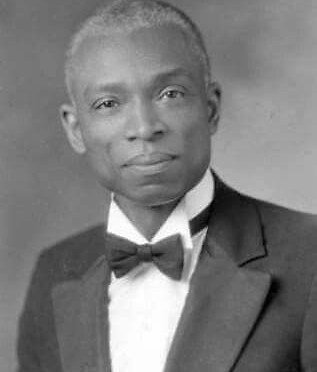 After getting married to Lincoln College teacher Pauline Ray, they relocated to Indianapolis, where Morton-Finney went back to teaching.

He taught at several Indianapolis public schools and eventually ended up at the newly opened Crispus Attucks High School in Indianapolis.

He was the first teacher hired when the school opened in 1927 and later became the head of the school’s foreign language department.

This was after he had completed an IU master’s degree in education and French in 1925.

In 1935, while teaching at Crispus Attucks, Morton-Finney earned the first of four law degrees. At 75, he earned the last of his several degrees from Butler University.

He never got tired of learning as he believed education had no end. Even at the age of 100, he was still seen attending law school seminars as if he was a first-year student.

The last surviving member of the Buffalo Soldiers passed away on January 28, 1998, at the age of 108.

During his lifetime, Morton-Finney had the opportunity to meet with former US presidents George Bush and Franklin Delano Roosevelt.

The lawyer and educationist was also honoured with a residential house named for him on Indiana University’s Purdue campus in 2014.