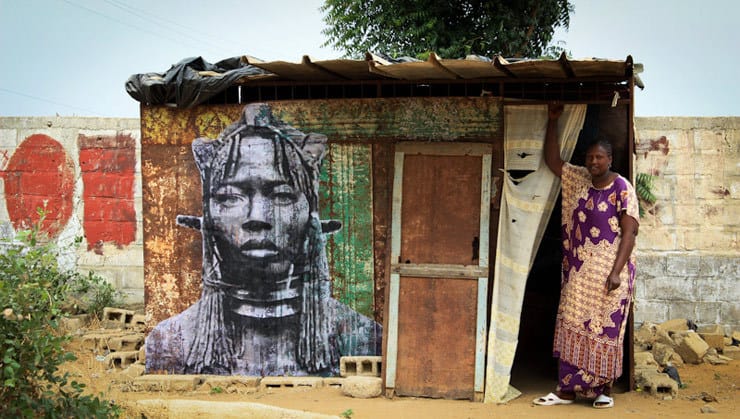 The First Franco-Dahomean War took place in 1890 and was a battle between France and the Dahomey Kingdom in what is now known as Benin. Although the Dahomey Kingdom lost the war, the fierce Amazon warriors more than held there own against French forces and a French street artist is now bringing the story back to life.

YZ Yseult, widely known as YZ, has revived talks of the Dahomey Amazons, an all-Female military squad from the Fon tribe that beheaded French forces — sometimes as they slept — and were often compared to the Amazons of Greek Mythology. YZ returned to her native Senegal for inspiration, and her series, “Amazon,” is currently in the works.

Back in her former Senegal now to do research for the project, she says there are many female figures who we may not know of in current times, but who may provide crucial inspiration, possibly bolstering the confidence of women in 2015 to advocate for their positions and opinions.

“I want to show warriors from ancient times; revolutionists, anti-colonialists, intellectual women who have written the story of Africa. We need figures to be proud of our roots, to keep fighting for our rights, and to write the story of tomorrow.”

Wheat pasted on walls in a few cities on the west coast of Senegal, south of Dakar, these proud figures project images of strength and determination even when placed on the corrugated metal of small humble structures.

“Many times these small handmade metal shops are owned by women for selling breakfast or bread,” she says of the hut-like edifices.

“While doing research on women in Africa, I have been compiling a photographic archive,” she says. “I’ve been searching for the places that could come into resonance with the subject. I’m looking for locations that communicate the historic perspective of the project as well as those that may draw a parallel with present issues.”

Learn more about YZ and her Amazones project here.