The superhero Black Panther movie with a nearly all-black cast depicted the exploits of King T’Challa and his moves to protect his small, technology savvy and fictional country located in East Africa. He was also challenged with the new responsibility of wearing the crown.

Meanwhile, the role of others, particularly the 40-year-old actress, Danai Gurira, known as Okoye in the film cannot be underestimated. As the leader of Wakanda’s security and intelligence outfit, Okoye was extremely busy. Always steady, strong and ready to take action. Her commanding role in the movie alongside her female warriors showed us a society that is much more matriarchal than we often see in superhero films. But who is Okoye in real life?

The Zimbabwean-American was born to a university librarian, Josephine Gurira and a chemistry professor at the University of Wisconsin-Platteville, Roger Gurira. Her parents came to the United States from Africa in 1960. She has a brother who is a chiropractor and two sisters – Choni Gurira and Shingai Gurira.

Danai Gurira completed high school from Dominican Convent High School before joining Macalester College in the USA, where she graduated with a Bachelor of Arts in Psychology.

She later earned her Master’s Degree in Fine Arts from New York University’s Tisch School of the Arts.

Gurira’s first televised acting role was in an episode of Law & Order: Criminal Intent in 2004.

She told rollingstone.com that while growing up, she had always thought that she would be an activist, not an actress. Theatre was then her hobby, and in seventh grade, she made her debut as the title character in the Zimbabwean play, My Uncle Grey Bhonzo, where she interestingly played the uncle role.

She subsequently began taking characters who were outspoken, and this generally meant taking the role of men. Gurira started writing her own monologues while she was pursuing her master’s degree in acting at New York University. Those monologues produced her first play, In the Continuum in 2006. The play which she co-wrote and co-starred tells the story of two women who discovered they were HIV positive. In the Continuum became a big hit in Zimbabwe.

Gurira was subsequently awarded an Obie Award, Outer Critics Circle Award and a Helen Hayes Award. In 2007, she starred in the film The Visitor, which earned her the Method Fest Independent Film Festival Award. She also appeared in My Soul to Take, Ghost Town, Restless City and 3 Backyards. 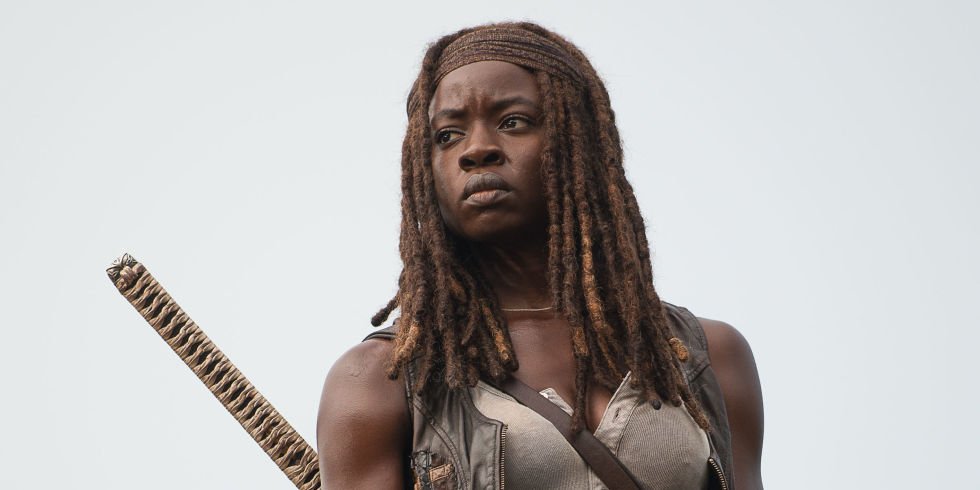 In 2009, she was part of the play Joe Turner’s Come and Gone. Three years later, she was awarded Whiting Writer’s Award for her role of Michonne in the horror-drama series The Walking Dead. She had before then appeared in the drama series Treme from 2010 to 2011. Gurira also wrote Familiar, her funny, insightful play about a Zimbabwean family living in Minnesota. The comedy-drama directed by Rebecca Taichman opened at Yale Repertory Theatre in January 2015. She then followed with her play Eclipsed in 2016 which starred Oscar-winner Lupita Nyong’o.

Danai Gurira is a Christian and claims she was loosely influenced by her parents growing up. She speaks English, Shona, French and basic Xhosa. The Walking Dead star has taught acting and playwriting in Zimbabwe, Liberia, and South Africa. Gurira who spends time regularly in New York City maintains an active lifestyle to keep her physically fit. She is not married and wants to live her private life secret.

Salary and net worth

Gurira’s estimated net worth as at 2017 was $4 million. Her yearly salary is yet to be revealed.