Kenyan-born U.S. citizen Malik Obama, who is President Barack Obama’s half-brother, expressed his support earlier this year for Republican presidential nominee, Donald Trump, announcing that he would be voting for the GOP candidate in the forthcoming U.S. presidential elections. With the election just weeks away, Malik has accepted an invitation from Trump to attend the third and final presidential debate, according to Time Magazine.

The 58-year-old is one of President Obama’s seven half-siblings and is the eldest son of Barack Obama Sr., from the late-Obama’s first marriage. Malik describes himself as a longtime Democrat who has lost faith in the party  because of its support for LGBT rights and the manner in which his brother’s administration handled the 2011 Libyan revolution that ousted the country’s long time leader, Muammar Gaddafi.

In an interview with the New York Post, Malik said that he was excited to be at the debate and believes Trump can make America great again. He added that he believes Trump is innocent of the accusations of sexual harassment levelled against him, asking why the victims  have been silent until now.

Malik has dabbled and failed in politics before. In 2013, he ran an unsuccessful election campaign for governor of the western Kenyan county of Siaya. 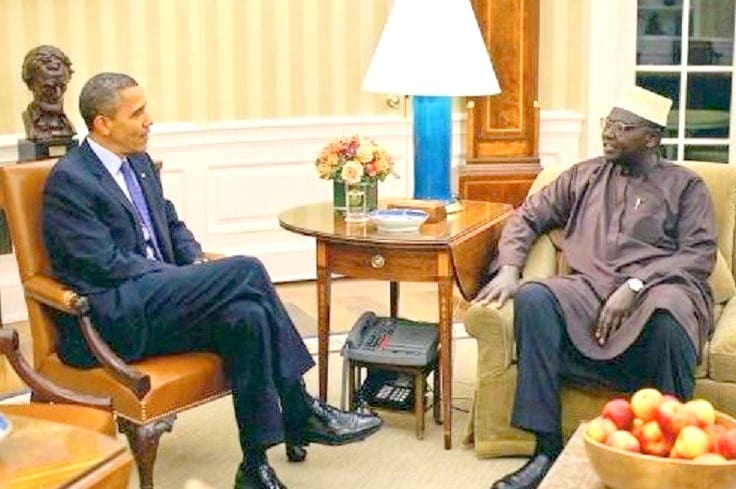 In the past, he has expressed his displeasure with President Obama’s “very business-like” and “very formal” reception toward him when he last visited the White House in August 2015. Malik also criticised his half-brother for not supporting the extended Obama family back home in the village of Kogelo, Kenya.

Malik’s decision to support Trump  has ignited online conversations about the meeting points, if any, between politics, ideology, and the good old tradition of standing up for your family. Many have been quick to note that while Malik reserves the right to support any political party or lean toward any ideological movement, his actions, which seem to aimed at slighting his brother, appear to be motivated by jealousy and spite.

Some commenters on BBC Africa’s Facebook page stood up for Malik’s right to support any candidate of his choice, while others didn’t spare words in describing him as a greedy opportunist out to get whatever he could from the Trump campaign. 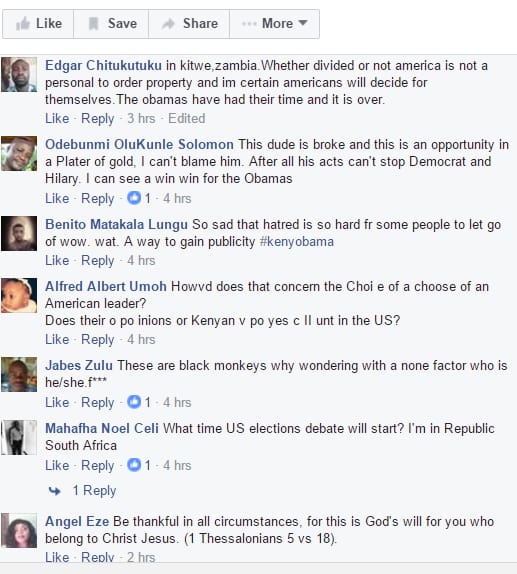