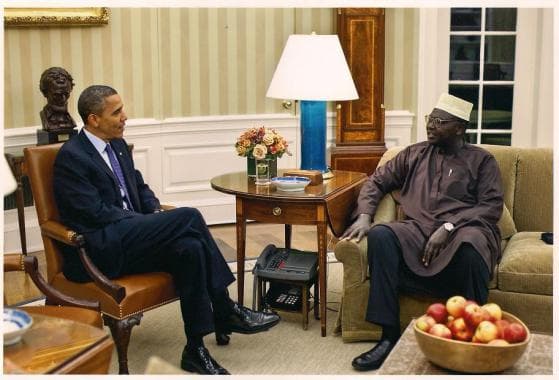 So, was the Obama name going to secure Malik the coveted position? Well, for Malik it was about the popularity the Obama family had gained in Kenya, and to be more specific, in Kisumu since the son of Africa from the Kenyan soil became the first black president of the USA. But for Kenyans who were eager for a leadership overhaul it was about what he was bringing on the table.

The outspoken 54 year Old went for a slogan that would have made more sense in America than in a Kenyan rural place like Siaya. His Slogan “Obama here Obama there” was a total joke to the people of Siaya who more than anything need a facelift as the state of the roads in Kisumu is appalling, translating into slow economic growth in the county.

Running for a governor seat means developing a pragmatic manifesto; therefore promising the people of Siaya that he will bring the famous McDonalds franchise to Siaya was a far cry from the need of the people.

Apart from his lack of Charisma and realistic campaign slogan, Malik decided to go alone as an independent candidate, meaning he wanted the Obama name to do the talking and the work. But in Kisumu, the Orange Democratic Movement led by the serving prime minister Raila Odinga was the only party that could deliver votes.

Come the general elections on 4th of March 2013, the people spoke loud and clear. Malik failed miserably as he only managed to secure just one percent of the votes cast in the constituency.

Born in 1958 in Nairobi and with an accountancy degree from one of the best universities in Kenya, Nairobi University, the controversial wanna be politician has several times found himself under the wrath of both police and the people.

Malik sometime back hoisted America and Kenya National flags side by side high on the rooftop of his private business premises in Kogelo Village. When he was asked by the Siaya region police Chief to bring them down he argued that they were infringing on his constitutional rights and went ahead to draft a cruel letter to the President Mwai Kibaki.

He later rubbed the villagers the wrong way when he married a 19 year old girl 30 years his junior and despite the protest from the girls family, Malik went ahead and pulled her from school to make her his third wife. To top it off, he said that he still has one more room for a fourth wife as permitted by his Muslim Faith.

Kenya politics is marred by corruption and greed and Kenyans were looking to start on a clean slate under the dispensation of the new constitution. Prominent politicians were shown the door from the just concluded March 4th 2013 elections as they got replaced by some young ones, a clear indication that the likes of Malik Obama did not stand a chance.