When a black soldier was hailed as instrumental in helping fight off the attack at Pearl Harbour, it took months for journalists to find out his name and where he lived.

And when they did, Doris ‘Dorie’ Miller was celebrated as a hero at a time when black navy officials were not allowed to serve in combat.

Born on October 12, 1919, Miller grew up to be a good student and had even tried out for the football team in his high school. He enlisted for the U.S. Navy when he was 20 years old after working for his father for a while. After training, he was promoted to Mess Attendant Third Class and a few years later to Mess Attendant Second Class.

He was serving in this role at the West Virginia, a Navy ship when he made a mark in history by saving his colleagues during the Pearl Harbour attack on this day in 1941.

According to reports, he woke up at 6 am to collect laundry when the battle station alarm went off.  After finding out his battle station was destroyed by one of the torpedoes, Miller went to the central point of the ship where he was called upon by his senior to help save the life of the captain,  Mervyn Bennion, who was wounded by a shrapnel.

He would later take position behind an anti-aircraft machine gun and shoot at the Japanese aircraft until it ran out of ammunition. It is reported that he downed six aircraft. 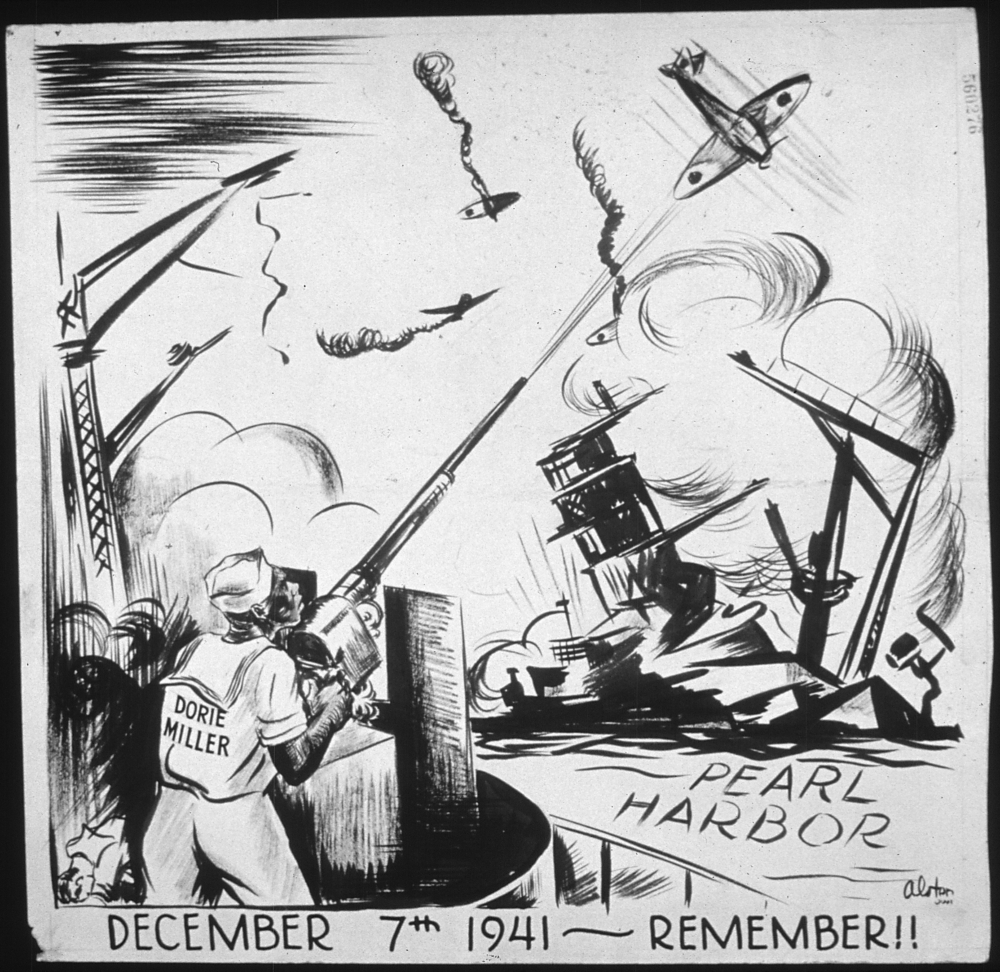 What made this a historic feat is that Miller broke the segregation rule that banned black soldiers from firing weapons. It was his decision that saw him save the lives of his colleagues and defend his country.

“It wasn’t hard. I just pulled the trigger and she worked fine. I had watched the others with these guns. I guess I fired her for about 15 minutes. I think I got one of those [Japanese] planes. They were diving pretty close to us,” he reportedly said after the battle.

His heroic deeds were celebrated across the U.S. but his name was almost always left out, with many referring to him as the ‘negro messman’.  When the Pittsburgh Courier, an African-American paper wrote his story, he became a celebrity, featured on radio and even receiving a mention at the Congress.

He would later be given the Navy Cross, making him the first African American to receive one. According to the citation by  Admiral Chester W. Nimitz:

For distinguished devotion to duty, extraordinary courage and disregard for his own personal safety during the attack on the Fleet in Pearl Harbor, Territory of Hawaii, by Japanese forces on December 7, 1941. While at the side of his Captain on the bridge, Miller, despite enemy strafing and bombing and in the face of a serious fire, assisted in moving his Captain, who had been mortally wounded, to a place of greater safety, and later manned and operated a machine gun directed at enemy Japanese attacking aircraft until ordered to leave the bridge. 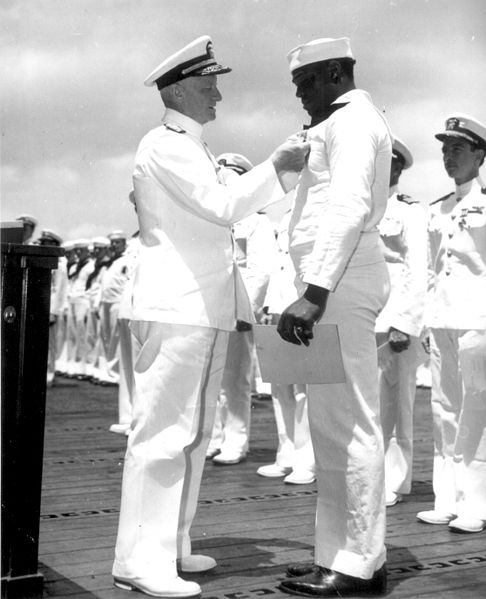 Later in 1942,  Miller joined the crew of the Liscome Bay, an escort carrier. The ship would be hit on November 24, 1943, with the Japanese torpedo hitting the ship’s bomb magazine. The ship sunk within minutes, taking with it 628 crew members, including Miller. He would be declared dead a year and a half later.

A number of schools and other organisations- community and military have been named after Miller and his life story has been enacted in theatre and film. He was listed among greatest African Americans in 2002 by Molefi Kete Asante.