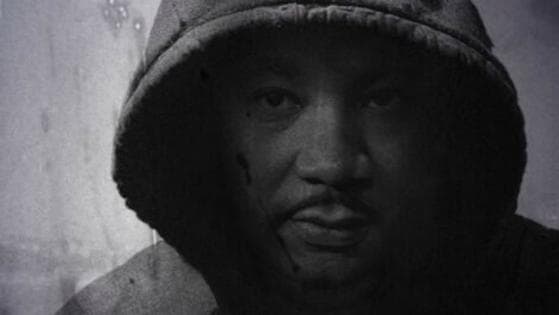 Now, is it likely that Dr. Martin Luther King Jr. would be wearing a hoodie? “probably not. If we recall King’s words, he consistently reminded every American to not judge people by the color of their skin, but by the content of their character.

The Florida verdict was made last Saturday as George Zimmerman was acquitted of all criminal charges of self-defense against him, as the word watched the Martin family in dismay. Many question if justice was truly served, other see it as the legal system being fulfilled since the evidence supported the legal outcome in this case. However, some see it as two minorities with unfortunate endings. Zimmerman a Hispanic and Martin an African-American, both represent prominent minority groups that tend to see a higher share of legal trouble according to crime statistics.

Dr. King, who was an impeccable dresser, believed in dignity, and one’s appearance is a great reflection of one’s dignity. Sadly, the hoodie has become associated with “gang activity”, thugs, drugs and sagging pants. Let’s take a look at Dr. King’s own children, Dexter or Martin Luther King III would never come home wearing a hoodie in public, outside of a sporting event or bad weather.
Furthermore, if the Messiah was walking down the street, how would he be stereotyped if he chose to save the world wearing a “hoodie and sagged pants?” If the Lord decided to wear a dark Black hooded sweatshirt and arbitrarily walk behind a group of females at night in a dark ally, how would we respond? Black America must begin to understand that appearance reflects professionalism and perception. The harsh reality is that first impressions are what the public see’s first, when evaluating our young black men. The idea of a hoodie outside of the normal reasons for wearing a dark hoodie makes most individual’s double check their car doors, purses as opposed to recognizes that it’s a way to stay warm in cold climates.

As a person who likes to dress, I was trained as a child to wear a suit as it commands respect in America. When Black males or any person is often dressed up they are normally met with distinction and respect. Sadly when the same Black males are dressed wearing hoodies the response associated if often people grabbing their pocket books and holding on to their wallets, or immediately crossing to the other side of the street. It’s as if the power of presentation immediately grants advantages, the same opportunities that Rev. Dr. King talked about in his speeches centered on making to the “Promised Land”.

Although this treatment is not justified, just because black males choose to sag their pants and wear dark hoodies, it’s the reality of how Americans view things differently. Dr. King would be outraged by the fact that an innocent child, not just black child, was murdered in cold blood with his killer getting off. It’s more important to remember Dr. King’s legacy and message than the color of his skin, when dealing with racially influenced tragedies. Crime has no outfit or color and that, I surmise, would be King’s ultimate language if he were alive today.

Perhaps if America were trying to better connect herself to the experiences of others to make effective decisions, she would better equip them to serve and live with others who are different. Dr. King, a Baptist Minister, followed the teachings of Jesus as someone who set the standard for serving “the least of these, my brethren” and representing the mistreated with love and dignity.
However, if every African-American wore a “hoodie” then rappers such as Jay-Z, Nas and Lil Wayne wouldn’t be millionaires. If every person that instead wore a 3-piece business suit then they would be trusted like Bernie Madoff and other Brooks Brothers-clad criminals who consistently scheme hard-working families out of millions, so it’s subjective based on the individual.

In the Martin-Zimmerman trial, imagine if Trayvon Martin were wearing a 3-piece suit, would he be racially profiled if the skittles and Arizona ice-tea were substituted for a briefcase or an umbrella? Black leaders and civil rights advocates believe that if Treyvon Martin were White he’d still be alive today, which would violate the late Rev. Dr. King’s teaching’s of being judged by character, not color. The real problem surrounding the death of Treyvon Martin is a deeply rooted perception problem that originates from years on inequality towards Blacks in America’s early history. .
The Rev. Dr. Martin Luther Kling left us many pearls of wisdom, and the quote above from his historic “I have a dream speech” fits best to conclude this topic: I have a dream that one day this nation will rise up and live out the true meaning of its creed: "We hold these truths to be self-evident: that all men are created equal."

I have a dream that my four little children will one day live in a nation where they will not be judged by the color of their skin but by the content of their character. I have a dream.”