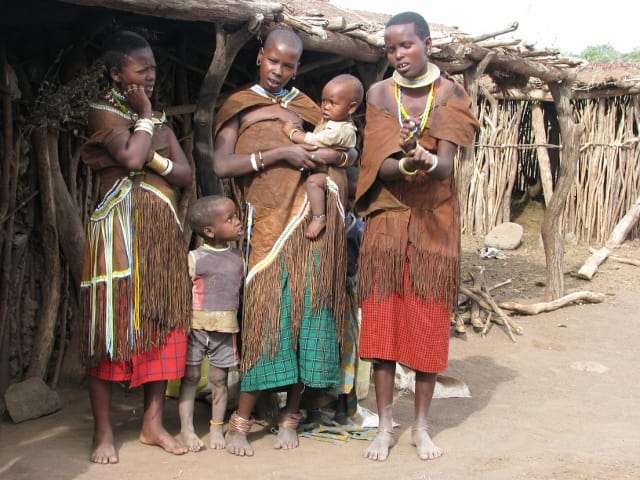 Locally referred to as Wanyamwezi, the Nyamwezi tribe is one of the Bantu groups of southeast Africa and the second-largest ethnic group in Tanzania with more than 4 million people. The tribe’s ancestral homeland is in the Tabora, Singida, Shinyanga, and Katavi regions. Nyamwezi is a Swahili word for “people of the moon,” but many locals interpret it to mean “people of the west.”

The Nyamwezi people have close cultural links with the Sukuma people, as they share several cultural practices. Their main language is Kinyamwezi, but the majority of them also speak Swahili and English. Wanyamwezi are predominantly farmers and they mostly grow corn, sorghum, and millet.

A small percentage of them are artisans, mainly creating drums, stools, storage boxes, iron, and clothes.

Many have converted to Christianity and Islam, but the majority of them still practice the tribe’s traditional religion, which observes a powerful God called Likube.