An explosion has disrupted a rally in Addis Ababa organised by the Prime Minister, Abiy Ahmed.

The state broadcaster stated that a few people were injured in the explosion. 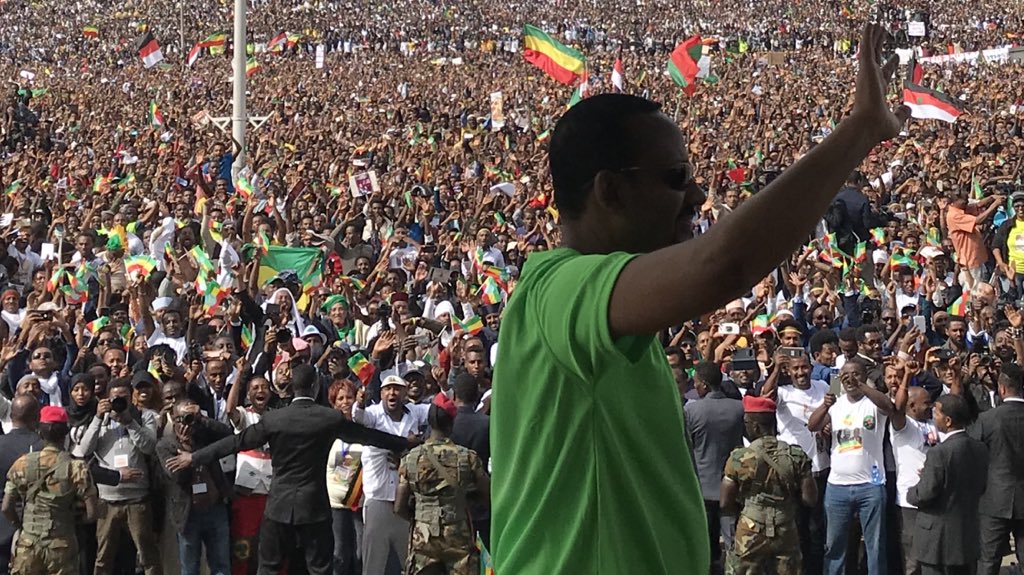 The blast happened minutes after Ahmed finished addressing the massive crowd and was waving to the people. He was however whisked away by the security officers.

Update: A footage from Ethiopian News agency shows PM #AbiyAhmed whisked away by his security detail. A faint sound of explosion can be heard over the MC who was thanking those Ethiopians watching the program from abroad. The crowd is dispersing and no further alert as of now. pic.twitter.com/Ls0n6oPWIs

The Prime Minister was unhurt.

Extremely concerning!! The PM is fine. He was unhurt. But there was apparently some sort of attempt at the end. A bomb was thrown toward the PM who was being escorted off the stage. Hearing unconfirmed reports that # of people were hurt. https://t.co/RQPR0iBSph

Abiy Ahmed, the first Oromo to lead Ethiopia, has been carrying out large-scale reforms in the country, including releasing political prisoners, the opening of state-owned companies to private investment and trying to make amends to Eritrea.

Suspicions as to whether the explosion was an assassination attempt are rife and the police are treating it as such.

According to the Addis Standard, four people have been confirmed dead and 83 others injured following the explosion.

Update: 4 people are confirmed dead in the blast shortly after PM #AbiyAhmed‘s address was finished. Police say they treat the incident as an “assassination attempt” against PM Abiy. Here are pictures of the PM just before he delivered the speech thanking the audience. #Ethiopia pic.twitter.com/s3k43vY1lN