The Black Panther’s Los Angeles premiere for the actors featured some of the flyest African wear. The esteemed cast of the long-awaited movie came decked out in some seriously appealing threads.  David Kaluuya also appearing in the critically acclaimed film Get Out, wore a long robe called a kanzu.

The kanzu is a long, white or off-white colored robe adorned by men in the African Great Lakes region.  Other variations of the tunic are worn across Africa and can be referred to as a  thobe, Kandu, boubou, abayah, or kaftan.  Its length reaches the ankles or floor. 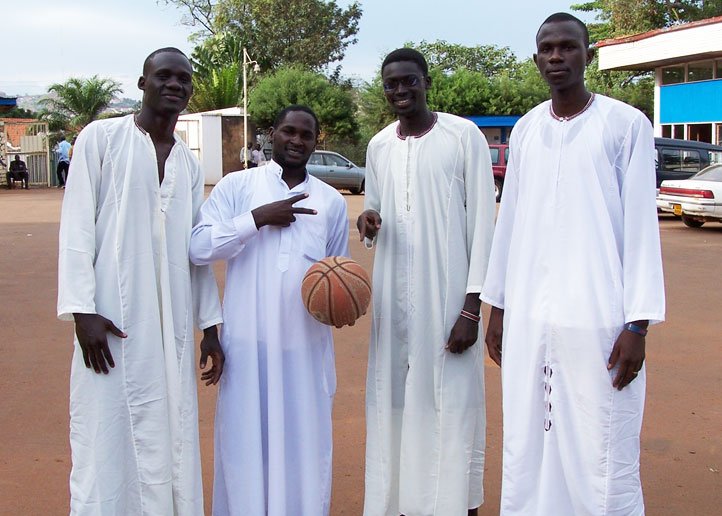 The origin of the Ugandan/Kiganda kanzu is derived from Arab traders. Initially made from barkcloth, it is now available in silk, cotton, poplin, and linen.  It includes stitching around the collar, abdomen, and sleeves.  The embroidery is called omulela.  The Kanzu is worn with a blazer and required during the opening portion of  Ugandan weddings called a kwanjulu.

Tanzanian kanzus were introduced by Arab traders and missionaries performing Da’wah – preaching about Islam.  Originally made with silk, the Tanzanian kanzu is also made with polyester and materials reminiscent of the appearance of silk; Islam prohibits men from wearing silk clothing.  This version of kanzu includes a tassel at the neck and is worn with a kofia – a small and patterned cap. Tribal leaders wear their Kanzus with a black bisht – a cloak.  For formal ceremonies, the kanzu must be ironed, starched, white or ivory in color and worn with a black or white bisht.

In Kenya, the kanzu is worn by all Muslim Tribes.  Tribal leaders and Imams also wear a black bisht.

In West Africa, the kaftan is worn as leisure wear by Muslims and Christians.  It can also be used as the attire for Friday prayers.

High-quality Kanzus are made in the United Arab Emirates by a company called HKT. The inexpensive versions are produced in China and Saudi Arabia.

African attire has long permeated mainstream fashion to the delight of some and the dismay of others.  African contributions to society are constantly being unearthed, thus changing history little by little.