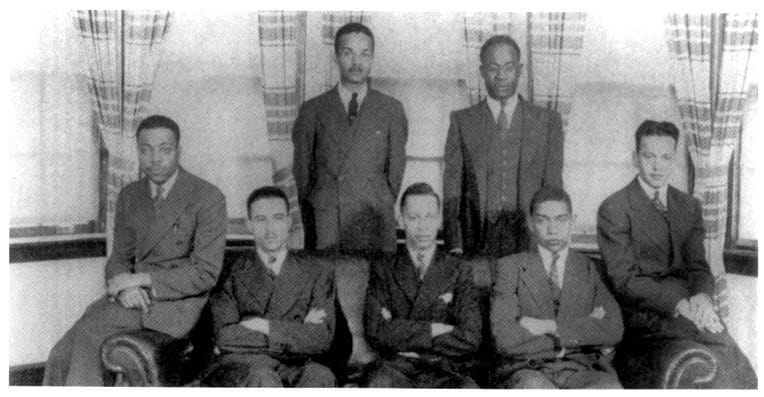 Nkrumah poses with fellow students at Lincoln University, a historically black college in the United States. (Photo: U. Penn archives)

Nkrumah’s prodigious intellect was noticed early when he finished the ten-year elementary school programme in eight years. Many years later in college, he was exposed to the ideas of great pan-Africanists such as Marcus Garvey (who influenced him in no small measure), W.E.B. Du Bois and others. He alluded to their impact on him in a quote that is frequently displayed on social media pages:

“Of all literature I studied, the book that did more than any other to fire my enthusiasm was Philosophy and Opinions of Marcus Garvey.

During his sojourn in America, he often preached at Presbyterian churches in New York City and immersed himself in the study of socialism, politics, philosophy and divinity literature. By 1945, Nkrumah was already an important figure to be reckoned with within the Pan-African Movement such that he helped organized the Fifth Pan-African Congress in Manchester, England.