Cases of sexual abuse by United Nations (UN) peacekeepers in the Central African Republic (C.A.R.) are beginning to raise questions over the supervision and military discipline of peacekeepers in war-torn zones in Africa. UN spokesman Stéphane Dujarric has confirmed the disturbing report, stating that the total amount of reported cases and allegations of sexual abuse in the C.A.R. has shot up to 25 in just the first quarter of 2016, bringing the total number of victims above 100.

The grueling report alleges how Burundian peacekeepers raped a 14-year-old girl and a Moroccan peacekeeper engaged in “an exploitative sexual relationship” with a vulnerable local woman. These developments have prompted the UN Security Council to pass a legally binding resolution last month that orders the repatriation of entire UN military units with “credible evidence of widespread or systemic sexual exploitation or abuse.”

These troubling revelations bring to mind past reports of the heightened emotional damage peacekeepers have inflicted on victims of war. A video leaked to the media by the United Nations shows that troops often pay for exploitative sex with cash, dresses, jewelry, perfume and mobile phones. 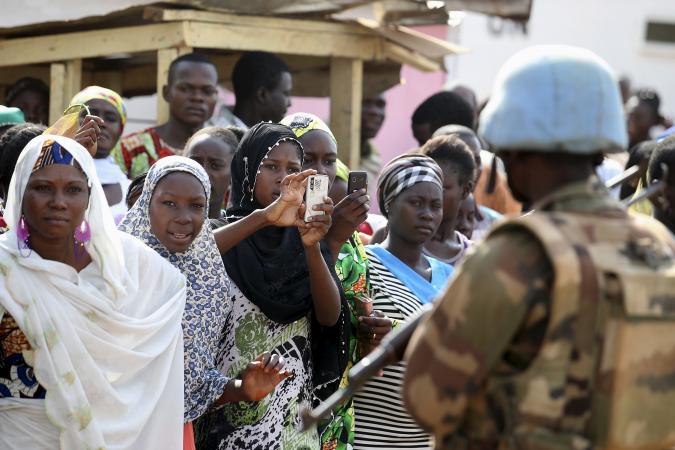 In the C.A.R. and DRC, many women and girls face the risk of violence from many directions, including the peacekeepers dispatched to protect them. (Photo: Newsweek)

In 2015, Amnesty International also reported the disturbing story of a 12-year-old girl from Bangui, the capital city of C.A.R., who was raped behind a truck by a UN peacekeeper.

“When I cried, he slapped me hard and put his hand over my mouth. He threw me to the ground and lay down on top of me,” she recounted to Amnesty International.

Countries affected by the rape scourge are supposed to either investigate the allegations of rape or allow the United Nations to conduct intense investigations. Three Congolese soldiers are facing charges this week in the first trial to come out of the C.A.R. rape allegations. However, questions remain over whether or not there are sufficiently punitive sanctions for peacekeepers implicated in such shameful acts against humanity.

According to Al Jazeera, the international peacekeeping force has been in the troubled nation for nearly two years:

The UN’s MINUSCA [Multidimensional Integrated Stabilization Mission in the Central African Republic] operation, which counts 12,600 foreign police and soldiers, took over from an African Union force in CAR in September 2014 in an effort to end a year of brutal sectarian violence. 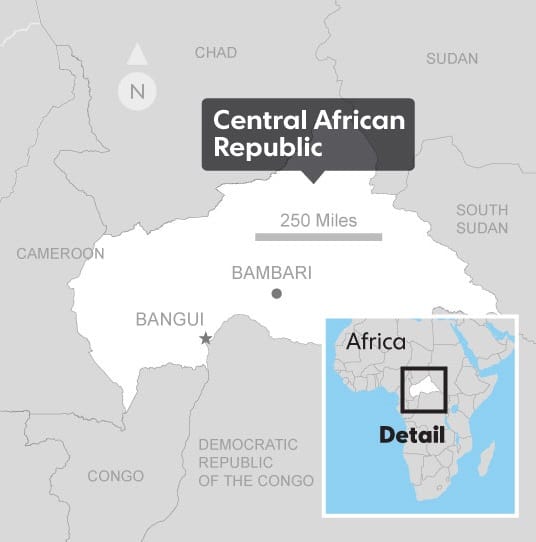