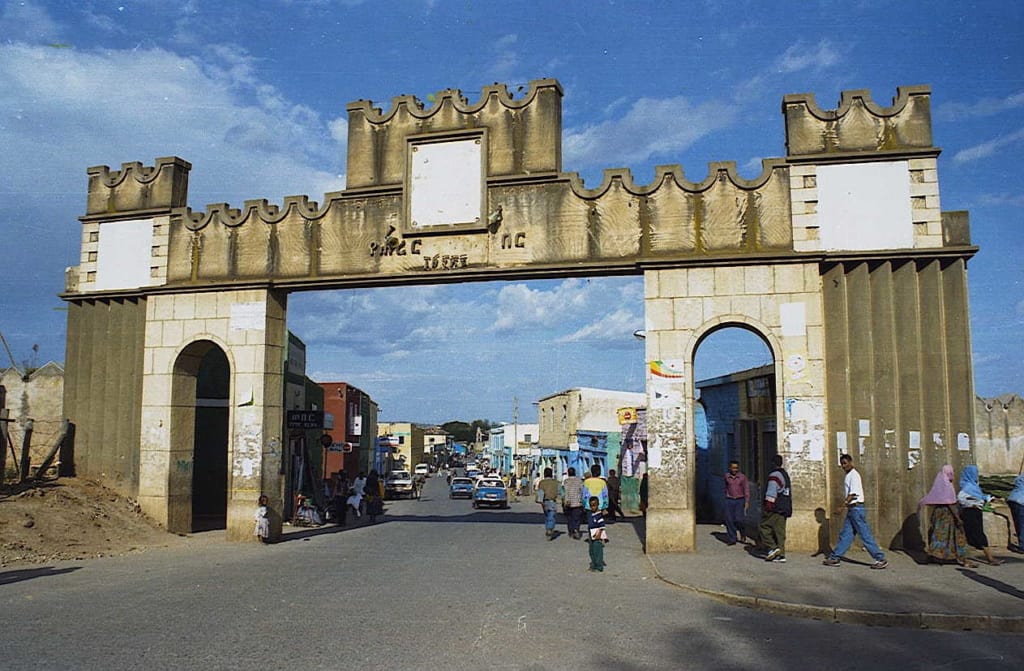 At the gates of the Fortified Town of Harar Jugol in Ethiopia. Affan Legacy

The Fortified Town of Harar Jugol (Ethiopia)
The historic town of Harar Jugol is located in eastern Ethiopia, right in the middle of a massive savanna. Its walls are believed to have been constructed between the 13th and 16th centuries. Considered a sacred city by the country’s Islamic population, the entire town comprises approximately 82 mosques and 102 shrines. But the most spectacular part of it is the unparalleled interior design of its townhouses, which represent the real Harar’s cultural heritage.