On August 8, 1914, the king of the Duala people Rudolf Duala Manga Bell was hanged for treason.  He resisted German colonialists’ plan to move people along the Wouri River inland to create a European-only settlement.  Together with other chiefs, he wrote letters, legal arguments and petitions but it all proved fruitless. 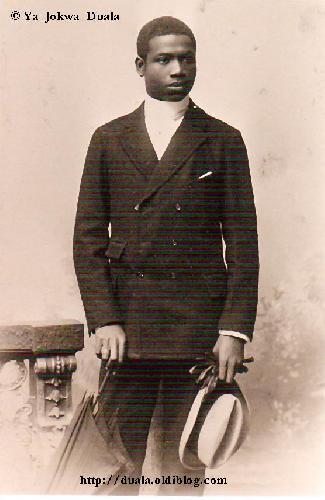 After the letters failed to work, Bell sent representatives to Cameroonian leaders to suggest that they stage a coup d’état against the German administration.  The colonisers caught wind of the plan and arrested Bell.

Born in 1873 in Duala in the German colony of Kamerun, Bell was educated in Germany and Kamerun.  He attended the Gymnasium of Ulm, earning the Ein-Jähriger- a certificate that indicated he obtained beyond primary-level but below secondary-level education. After completing the aforementioned, he was considered one of the most highly educated men in Kamerun  as per Western standards.

In 1902, he married Emily Engome Dayas, the daughter of a Duala woman and English trader.

In 1908, he became the King of Duala, succeeding his father Manga Ndumbe Bell and was officially installed on May 2, 1910. 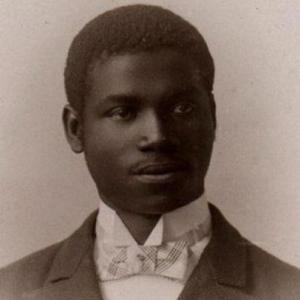 Bell was considered affluent despite the substantial debt his father had left him. Bell owned 200 hectares of cocoa plantation as well as  timber interests in the Mungo River Valley. He was also the head of an appeals court with dominion over the Cameroonian shoreline and earned an 8,000-mark pension.

Bell began butting heads with the Germans in 1910 when the latter  formulated a plan to displace the Duala people from the Wouri River to establish a European-only settlement.

The Duala, of course, opposed this and the clans in the colony formed a united front against the Germans. Bell’s fortune, education and character easily won him the position of leader.

Despite the letter sent by Bell and other leaders to the Reichstag or German Parliament in November 1911 and March 1912, the Germans proceeded with their plan on January 15, 1913. 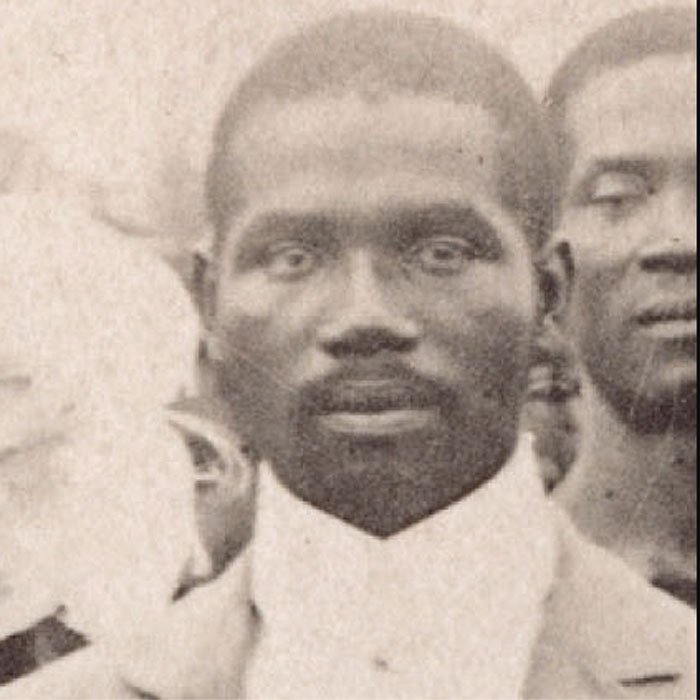 The Duala chiefs countered on February 20, 1913, highlighting that “this violation” “may well prompt the natives to consider whether it might be wiser under the circumstances to revoke the [German-Duala Treaty of 1884 and enter into a treaty with another power.”

Bell stated that the German’s plan to take Duala’s land ignored the treaty’s promise “that the land cultivated by us now and the places the towns are built on shall be the property of the present owners and their successors.”

The German colonialists argued that the treaty enabled them to treat the Dualas as they wished. They also ousted Bell from his office and position in the civil service, reducing his annual salary of 3,000 marks and replacing him with his brother, Henri Lobe Bell.

Bell then began to rally people around his cause. He got help from Hellmut von Gerlac, a German journalist, who was able to get a temporary suspension over the Duala’s displacement. It was later overturned.

Not only did Bell secretly sent Adolf Ngoso Din to Germany to hire a lawyer for the Duala people but also enlisted the assistance of additional European governments and Africans, including Martin-Paul Samba, a Bulu military officer who agreed to contact the French if Bell contacted the British. It is unclear if Bell agreed to this.

It was during this time that Ibrahim Njoya, the sultan of the Bamum people not only disagreed with Bell but also alerted the Basel Mission, a Christian Missionary on April 27, 1914, that Bell was planning an uprising against the Germans. The missionaries notified the Germans.

On June 1, 1914, a German administrator named Herrmann Röhm wrote to the Kuti Agricultural Station where Bell’s envoy was being held that the Duala people posed no threat to the Germans.

Still, Bell was arrested and charged with high treason.  His trial was held on August 7, 1914.  It was alleged that Bell was allocating funds from the inland to overthrow the Germans.  The colonialists also claimed that Bell asked for aid against the Germans, however, the defense attorney for the case stated that “it was riddled with inaccuracies and racist statements.”

Bell maintained his innocence throughout the trial, which was rushed as the World War I has just began.

There are still no direct record of the proceedings that saw this Cameroonian king killed by the Germans.

Bell’s legacy was immortalized well into the 1920s and is still considered a martyr among the Duala people.  A hymn, “Tet’Ekombo”, composed in his honor in 1929 is still sung today.

In 1935, his body was exhumed and he was re-buried behind his home in Bonanjo, Douala.

In 1950, Bell’s son Alexandre Douala Manga Bell became king under the French. His father’s standing with the Duala people enabled him to lead them in a harmonious way.

During the latter part of the 1950s and in the 1960s, the Civil War in Cameroon caused nationalist causes in the country –including the elder Bell’s – to be swept under the rug.

Nevertheless, this is slowly changing as Cameroon’s nationalistic history is being discussed again.