The Dahomey Kingdom, now in the present-day Republic of Benin, was a powerful regional state that controlled large areas and several tribes in pre-colonial West Africa around the 18th and 19th centuries like the Oyo Empire, the Songhai Empire, the Mali Empire, etc. At the height of her powers, Dahomey had a large army including the powerful Dahomey Amazons – an all-female military unit that terrorized the enemy.

Dahomey also had significant international trade with Europeans, a robust economy and a highly organised political system. In spite of all these, it succumbed to the superior weapons of the French colonial empire in 1894 but not without the heroic resistance demonstrated by the last king of Dahomey – King Behanzin. The dispassionate valour and bravery showed by Behanzin made him one of the leaders of Africa who gave all to liberate Africans under slavery as well as from political and economic subjugation. 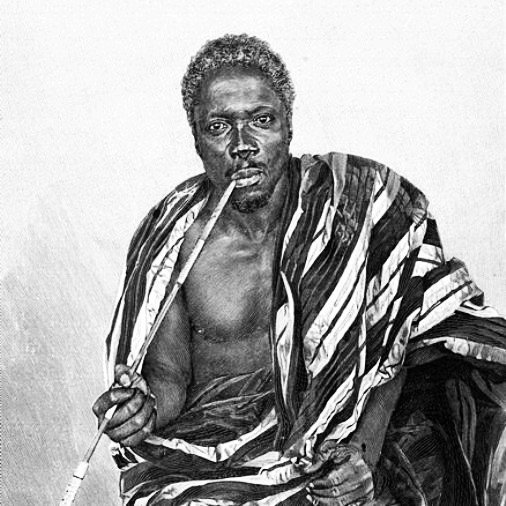 Behanzin Hossu Bowelle was born in Abomey in 1844 into the family of King Glele, who was the King of Dahomey at the time. Abomey was the capital of the kingdom of Dahomey from the 17th to 19th centuries, a home to at least 12 royal palaces. Behanzin’s original name, Kondo, was changed after his father Glele died and he became the eleventh king of Dahomey. According to the tradition of Dahomey at the time, he was to be referred to as King Shark, a name representing his personal symbols which include the shark, the egg and two coconut palm trees.

The French declared a protectorate over Porto Novo, a vassal state of Abomey in 1882. This they did without consulting the indigenous people, but in 1885, the entire coastal strip of Porto Novo was already in the hands of the colonial masters.

To calm strayed nerves, King Glele had earlier made a treaty with the French government in 1868, putting the territory of Cotonou under their administration but restricting them from imposing their customs and traditions on the people.

The King’s authority was eroded and his people were treated with indignity. Thus, when King Glele suddenly passed on, the hope of the French to have a smoother relationship with the younger King Behanzin was dashed as Behanzin became a thorn in their flesh thus ushering in one of the greatest resistance to the European invasion on African soil. 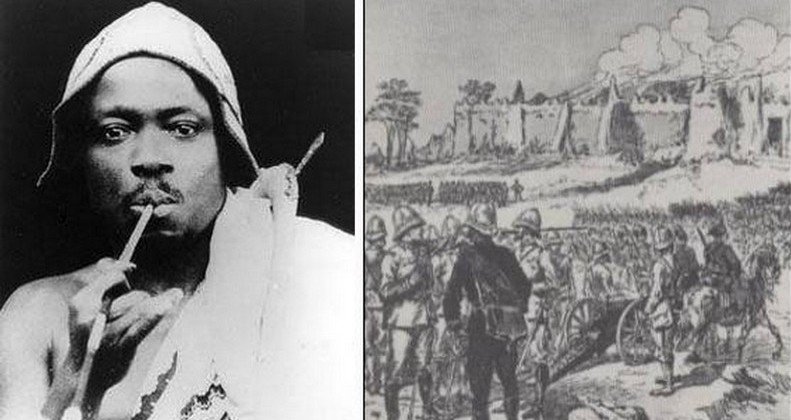 As King, ‘Shark’ Behanzin’s motto was “the angry shark will terrorize its enemy”. He organised a 15,000-strong army and also about 4,000-6,000 mobile women who were ruthless and merciless. They were called the Amazons of Benin. Behanzin was able to use diplomacy and his relationship with other western powers, especially Germany to secure rifles which he used to wage endless wars against the French authorities in Cotonou.

Behanzin forces simultaneously attacked the French militarily and economically by destroying the palm plantations at Porto Novo, a decisive action which made the French call for a truce. He also took hostage some French people living in Ouidah. Negotiations were made and a treaty was signed which made France pay for the usage of Cotonou’s port. However, the French were left furious and started strategizing to occupy Dahomey before the British or Germans did.

Decisive battles were fought at Dogba, Poguessa, and Oueme Valley. While several Dahomeians, also called Fon people were killed, the French forces were not spared as well. King Behanzin and his army resorted to Guerilla warfare and this gave the French sleepless nights. Lots of casualties were recorded on both sides as Behanzin was determined to end French rule in his domain.

However, the Battle of Adegon proved fatal for the Dahomey contingent losing 86 Dahomey regulars and 417 Amazons. The French also laid siege at Akpa and Cotopa. Dahomey now had suffered major casualties. The Amazons fought so hard, constantly charging but were decimated without mercy.

King Behanzin fought so courageously but in 1894, he submitted to the superior weaponry of France. He was defeated by Colonel Alfred Amedee Dodds, a Senegalese mulatto who led the expedition against Behanzin’s Dahomey. Although Behanzin was ready to fight to death, he got jittery when he saw how his beloved soldiers were dying on the field of battle. One of the most popular odes given by Behanzin and used to remember this period goes thus:

“Where are now the ardent amazons who were inflamed by a mighty anger?…Who will praise their splendid sacrifice?…who will tell about their generosity?…How could I accept any sort of abdication without them?…How could I present myself to you, brave warriors, if I signed the general’s paper?…for the survival of my people, [I agree] to meet in his country, according to his promise, the president of the French”. 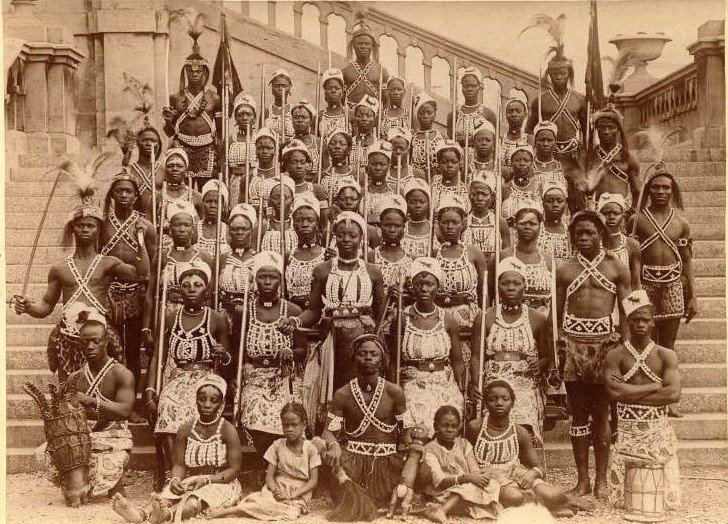 However, the French, rather than making conciliatory efforts, banished Behanzin and exiled him to the Caribbean island of Martinique where he spent the remainder of his life and later in Algeria where he died in 1906. The French declared a full autonomy over Dahomey afterwards.

King Behanzin, no doubt, will be remembered in the history books as one of the greatest African leaders who refused to work with the French colonizers and fought bravely for the emancipation of his people. A statue was erected for him at Abomey, his hometown and as carefully acknowledged by Agbenyega Adedze in Afrika Zamani (2012), Behanzin has the unique honour of being the only African chief appearing on two postage stamps of two countries. He appeared first in Guinea in 1962 and much later in his Benin (formerly Dahomey) in 1980.

Monument in the town of Abomey of King Behanzin. It reads: “I will never accept to sign any treaty making us susceptible by alienating the independence of the ancestor’s land” 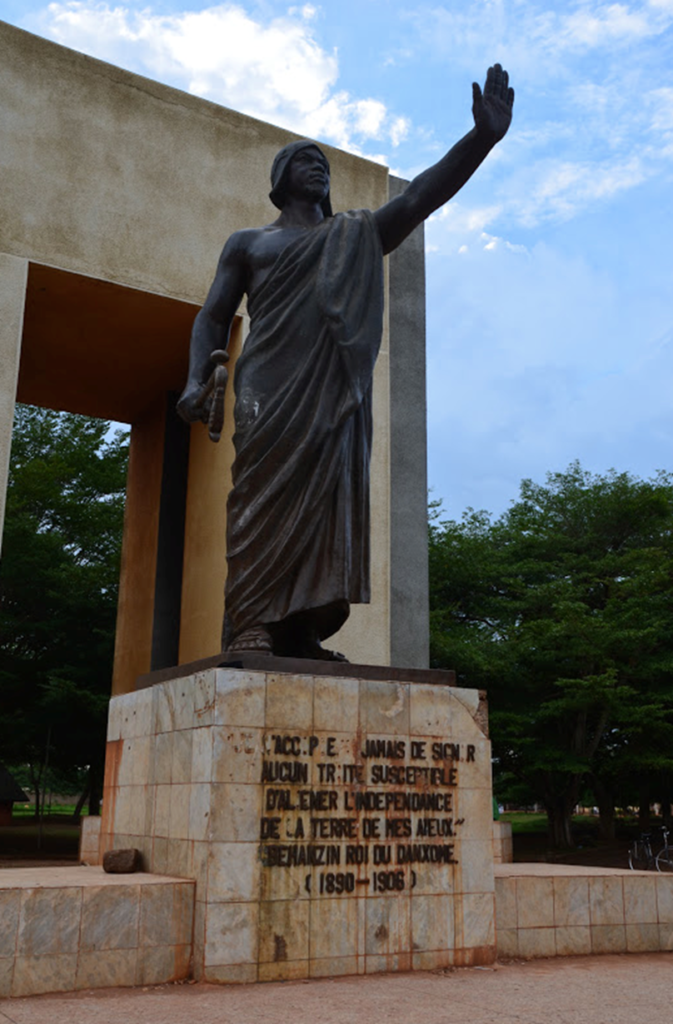