During the fifteenth and sixteenth centuries, the kingdom of Kongo, now a part of modern Angola, was a very powerful and wealthy state in the Atlantic region of Central Africa.

Later events, including the Portuguese military aggression, specifically the battle of Mbwila in 1665 which resulted in the death of the Kongo ruler Antonio I by the Portuguese troops, disintegrated the kingdom.

By the turn of the 18th century, the kingdom’s capital, Mbanza Kongo (also known as São Salvador) had been abandoned and broken into smaller territories.

During these periods of political confusion and internal strife, many religious figures arose with the hopes of reunifying the kingdom and returning it to its former glory.

But the most important prophet was Kimpa Vita, who introduced her own Christian movement called Antonianism. 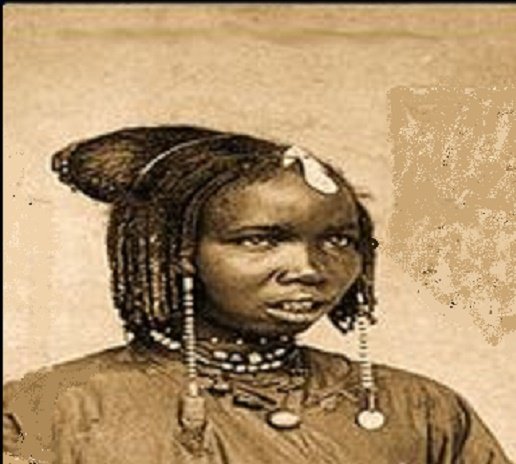 The aim of this movement was to bring back the fortunes of the kingdom and to Africanize Christianity.

As Kongo had been a Catholic kingdom for two centuries before her birth, she was baptized with the name, Dona Beatriz, and subsequently became known as the Mother of the African revolution since she was one of the first African women to fight against slavery and European dominance in Africa during the colonial period.

Born in 1684 near Mount Kibangu into a family of the Kongo nobility, Vita was said to possess many spiritual gifts right from childhood, as she frequently saw visions and had dreams of playing with angels.

Due to these inborn gifts, Vita was trained as an Nganga Marinda, an individual who consults the supernatural world to solve problems within the community.

Following this training, she was widely recognized as a prophetess. At the age of 20, historical accounts state that she had a near-death experience when she apparently died of fever.

She believed that Saint Anthony became incarnate in her body, who addressed the problems of the kingdom through her.

Vita, through her Antonianism, which was the first Black Christian movement in Sub-Saharan Africa, began teaching that Jesus and other early Christian figures were from the Kongo Kingdom.

She taught that Jesus was born in Mbanza Kongo (also known as São Salvador), which she called Bethlehem, and was baptized at Nzundi, about 150 km (100 mi) north of the capital, which she named Nazareth. 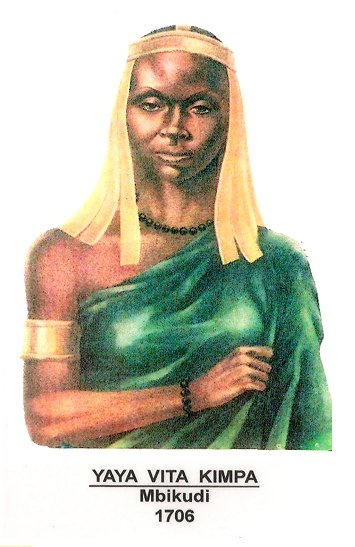 An illustration of Kimpa Vita

As part of moves of trying to reconcile Christianity with African religions and beliefs, she taught people that black saints mingled with white saints in paradise, debunking alleged teachings by Catholic priests in the area (Capuchins) that only white saints could be found in heaven.

Her movement, which had now gained a large following, and Catholicism were now at a collision course.

Vita also prophesied that God would punish the people if they did not immediately return to San Salvador.

Through further visions, she also taught the people that Kongo must reunite under a new king and Antonianism was a way of achieving this. 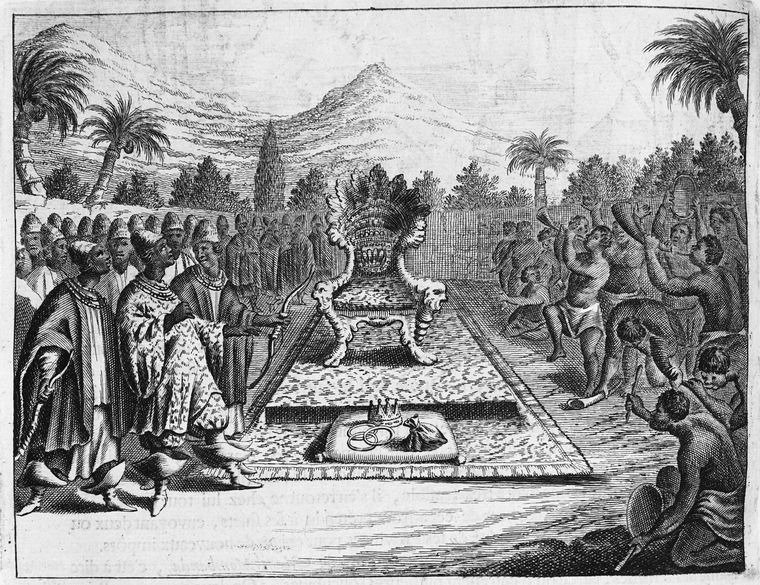 Vita later conspired with the general of Pedro IV, one of the contenders for the throne, but she was arrested near her hometown and tried under Kongo law.

Vita, who then had a baby she claimed she had conceived with her guardian angel, was tried for crimes against the crown and the Christian faith.

At the instigation of Capuchin missionaries, both she and the child were burned at the stake on July 2, 1706.

In spite of her short-lived movement and life, many historical accounts agree that she played a major role in the renewal and reunification of the Kongo kingdom which was then in ruins.