Queen Ranavalona III was the last Queen of Madagascar who was exiled by the French military in 1895. She was exiled together with royals, which saw the end of the royal reign in Madagascar and began the French Colonization era.

Queen Ranavalona was born on November 22, 1861, to  Andriantsimianatra and his cousin-wife Princess Razafindrahatey in a small village. She belonged to the royal lineage and by the status of birth was entitled to become the next Queen after the death of the then reigning queen.

At an early age, she was given to slaves of the royal family to be catered for and is believed to have lived with the slave family until she was old enough to have royal training and schooling.  She was taken in by Queen Ranavalona II. Her birth name was Princess Razafindrahety. 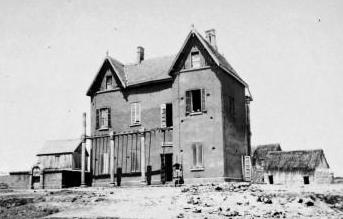 After being taken into the Royal Palace by Queen Ranavalona II, she was made to receive royal treatment, lessons and receive a private education from a London Missionary Society (LMS) teacher. Throughout her stay in the palace, she was described as an intelligent, patient, humble and industrious young lady who learned the ways of royalty very fast and often helped the slaves with work despite it being against the rules.

Even though there was no outright punishment for the act, royals and slaves were not to mix and the slaves were to do their work. But often times, Ranavalona would be found helping them clean her room or tend to gardens in her free time. She also loved reading the Bible and discussing it. She was baptized as a Protestant on April 5, 1874.

After successfully completing her private tuition, she advanced to the Congregational School of Ambatonakanga, a high school for girls and later went to the London Missionary Societies’ main campus. Throughout her external education, she was known as one of the brightest girls and royals ever.

Right after school, at a very tender age although unknown, she married Ratrimo, a nobleman in Madagascar. But the marriage was shortlived and he was killed in what is believed to be a planned death by the then Prime Minister for various political reasons. Ranavalona was left as a widow at the early age of 22 on May 8, 1883, but her life would change a few weeks later. 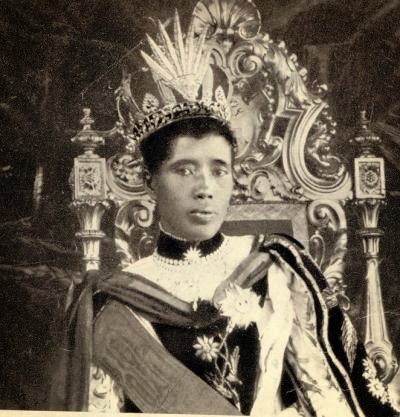 On July 13, 1883, Ranavalona was declared the new Queen after the death of the reigning Queen Ranavanola II. Despite the announcement, she served as acting Queen until she went through the training process. Her coronation which would officially put her down in history as Queen was on November 22, 1883, at the Age of 22.

She married the Prime Minister of Madagascar following in the footsteps of her predecessors. Through this marriage, her title and role became ceremonial and nothing much was expected of the Queen as all affairs were automatically handled by the Prime Minister. But, Ranavalona was born different and would change the status quo.

During her reign as queen, she won the hearts of the slaves after insisting that they are treated as humans despite their social status and responsibility. She made several public appearances, unlike her predecessors; and gave several talks and speeches honouring as many invitations as she could. She also visited hospitals and students especially girl schools and soldiers in their camps.

In 1886, the queen solicited for U.S. intervention to help protect Madagascar from the French by sending the president at the time, President Grover Cleveland, expensive gifts which included ivory and silk. But the U.S. was not interested and therefore paid no attention to her plea. This led her to sign a treaty that gave France a certain control of Madagascar in order to prevent war, but the French wanted full control over Madagascar and did not back down.

Members of the French colony accused the royalty and Queen of Madagascar of slowly instigating a rebellion. The French feared war hence decided not to kill the queen, but on February 27, 1897, they successfully exiled the queen asking that she leaves the palace and country as early as 1 am. She was carried on a palanquin and escorted out by a large army of close to 400 officials. The monarchy was finally abolished by the French. 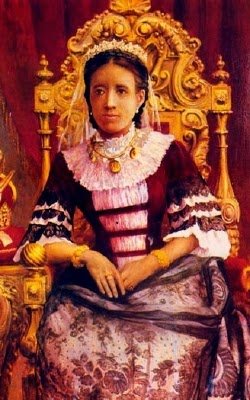 Queen Ranavalona III was sent off to Algeria where she was reunited with her family and resided in the palace of the queen of Algeria. In Algeria, she was highly respected and treated as royalty. She was offered servants and anything she wanted.

The queen made several attempts to return to Madagascar and sent two letters to the French to permit a visit in 1910 and 1912, but she was refused for fear of planning a coup. The French remained afraid of the queen because of her calm nature and happy personality. They sent an official to keep the queen under observation until she died at 55 on May 3, 1917. They were relieved at her quiet passing in Algeria.

The body of this brave and persistent queen was shipped to Madagascar after several requests. The body was buried in the tomb of Queen Rasoherina to honour the last queen that fought for her people and went on exile in exchange for peace on the island.