The circumstances leading to the arrest of South Africa’s first black president, Nelson Mandela, remained shrouded in mystery until now, when a former agent of the Central Intelligence Agency (CIA), Donald Rickard, revealed to British film director, John Irvin, how the agency actively partook in the intelligence gathering that led to the arrest of the anti-apartheid world leader in 1962.

According to an interview in Daily Mail , 88-year-old Donald Rickard reported that the move was  part of a Cold War political machination to annihilate Nelson Mandela who he (Donald Rickard) described as ‘the world’s most dangerous communist outside the Soviet Union.’

Donald, who died days after his confession, had maintained that he had no regrets tipping off the CIA, arguing that Nelson Mandela, together with Communist Russia, was planning ‘a Soviet invasion’ against America thus the need for him to prevent such an occurrence. 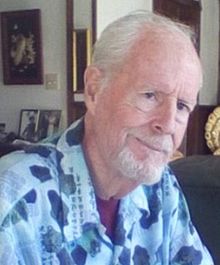 Being the most wanted politician in Apartheid South Africa for having waged a public revolution against Apartheid through the wing of the African National Congress (ANC), Nelson Mandela had always evaded the White security services through most of his undercover outfits – a move which did not only win him the term ”the black Pimpernel”  but also put him on America’s terror watch list till 2008 .

“Mandela would have welcomed a war. If the Soviets had come in force the United States would have had to get involved, and things could have gone to hell. We (the CIA) were teetering on the brink here and it had to be stopped, which meant Mandela had to be stopped. And I put a stop to it,” Rickard firmly confessed to researchers of the film, ‘Mandela’s Gun’ which will be appearing next week at the 2016 Cannes Film Festival.

Meanwhile the spokesperson of the ANC Zizi Kodwa says the revelation comes as no surprise to the party and South Africans as a whole, arguing that the CIA continues to covertly engage in the political engagements of the Rainbow Nation.

“That revelation confirms what we have always known, that they are working against [us], even today. It’s not thumb sucked, it’s not a conspiracy [theory]. It is now confirmed that it did not only start now, there is a pattern in history,” he insisted on the BBC.

With such a grueling revelation, questions are rife over whether the CIA would be faced with a litany of lawsuits or whether the bilateral relations between South Africa and the United States could be marred.