Fortune is believed to have been treated horribly in life following severe injuries he sustained while a slave, an anthropological examination of his remains will reveal.

And even in death, that horrible treatment persisted as instead of getting a burial, his bones were used for scientific research without prior permission.

Fortune was in the mid-18th century living as a slave on a Waterbury, Connecticut plantation, owned by a popular bone surgeon called Dr Preserved Porter.

Fortune, his wife, and three children worked on Porter’s farm for much of their lives, which contained onions, potatoes, apples, beef, hogs, cider, hay, and oats.

A few weeks after his baptism at St. John’s Episcopal Church in Waterbury in 1797, Fortune passed away when he was around 60.

Instead of a burial, his owner, Porter, boiled his bones and used them for medical study, as part of his Porter’s School of Anatomy. 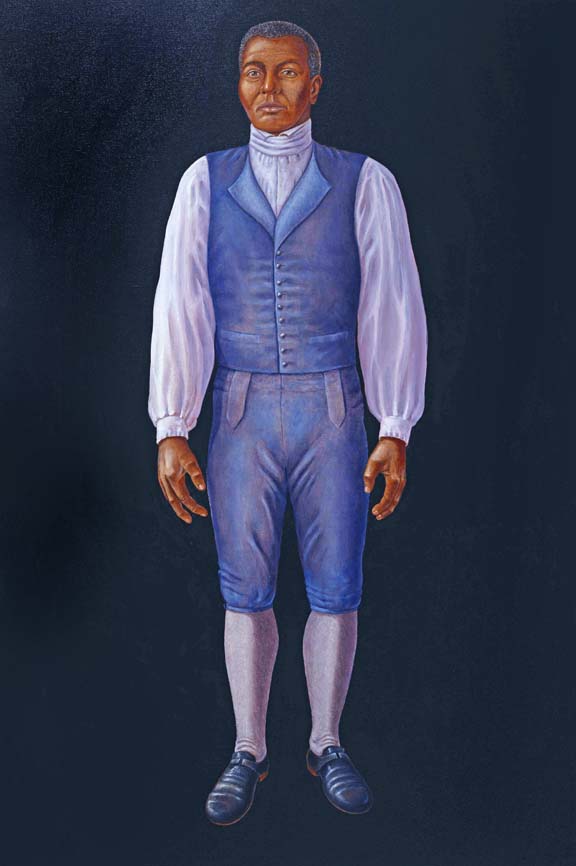 An illustration of Fortune — waterburyobserver.org

According to accounts, back then, acquiring human bones for study was rare and body donation programmes were not available as they are now.

Basically, prior to 1834, it was illegal to dissect bodies in the United States.

Medicine being the family business of the Porters’, Fortune’s bones were kept within the family for four generations.

During this period, Porter, who was also the grandson of Waterbury’s first physician, Daniel Porter, allowed local doctors to come and examine the remains of Fortune.

He further used the skeleton to train his children and grandchildren, producing a generation of doctors.

His great grand-daughter, Dr Sally Porter would later donate the bones to the Mattatuck Museum in 1933, where it was displayed until the 1970s.

The label on the bones then read the name “Larry,” since there were no records to indicate that it was Fortune’s.

It was only in the 1990s when the museum started a project to examine the skeleton.

The museum partnered with researchers from many institutions, including Howard University, Quinnipiac University, University of Oklahoma and Hampshire University.

They discovered that “Larry” was a man of African descent, about 5 ft. 6in. in height, and was between 55-60 years old when he died.

Tracing the family which donated the remains, the researchers learned that “Larry” was Porter’s slave named Fortune.

Quinnipiac School of Medicine professor Richard Gonzalez, after his anthropological examination of Fortune’s remains, stated that Fortune had a broken left-hand bone and severe right ankle injury from earlier in life. 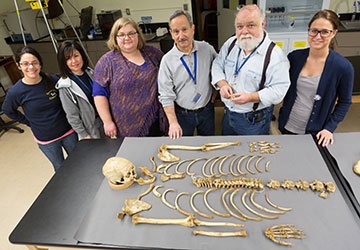 Fortune further had “a broken first cervical vertebra, what is described as a Jefferson fracture,” which occurred at or near the time of death.

It is the type of injury that will not result in death but it could contribute to it, Gonzalez explained.

In 2013, over 200 years after his death, Fortune finally had a proper burial as a dedication service took place in St. John’s Episcopal Church in Waterbury, the same church he allegedly got baptized at in the 1790s.

His remains were laid to rest in one of the most distinguished cemeteries in the area, the Riverside Cemetery, a symbolic gesture which was well-received by many.