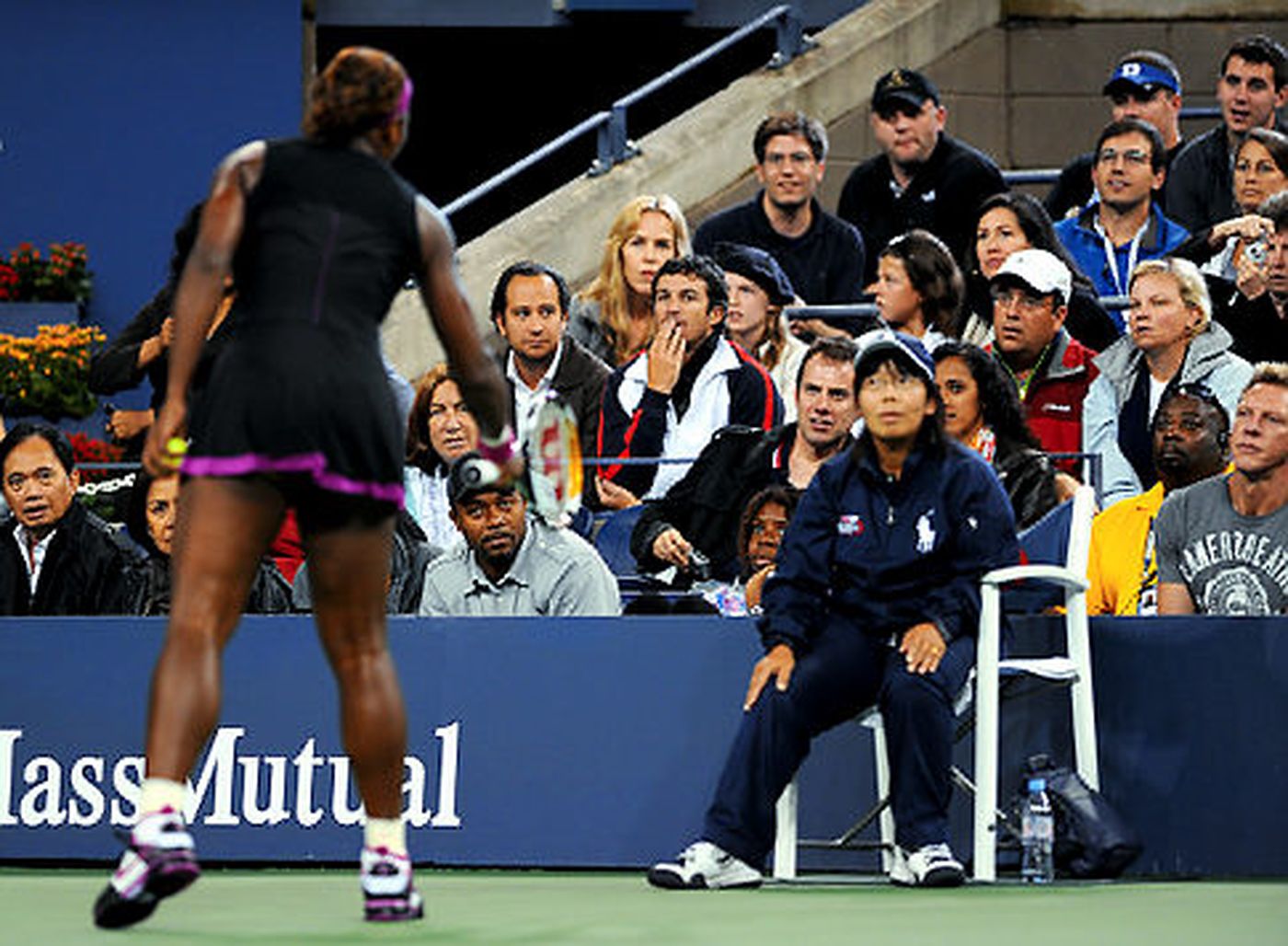 Serena losing her cool at the 2009 game — NY Daily News

During a semifinal match against Kim Clijsters in 2009, Williams was given a point penalty at match point after an altercation with a lineswoman.

She had, earlier in the game, been given a code violation for breaking her racquet. Williams later flared-up at the lineswoman who had called a foot fault against her. After review by the umpire, Williams was given a second code violation, leading to her loss against Kim Clijsters.