By definition, rape culture is an environment in which rape is not only pervasive but also normalised (or trivialised) because of societal attitudes about gender and sexuality.

Although the term was generated recently, it reflects on an already existing custom that dates back to medieval times. Numerous ancient Greek and Roman mythologies talk of and even romanticise coupling that is forced and violent. In Ancient Europe, stories abound of women put to death for being raped, compounding the aspect of victim blaming which forms an essential part of rape culture.

As a largely patriarchal society, Africa has customs and traditions, since time immemorial, that have tolerated and promoted rape culture regardless of the community behind these cultures.  One such ritual is the marriage ritual called Ukuthwala in the Nguni community in South Africa. In this ritual, a young man of marriageable age would kidnap a girl or a young woman with the intention of compelling her family to approve the marriage and start negotiations.

Such a ritual is also practised in communities in Kenya, Rwanda and Ethiopia. These communities have banned the ‘bridegrooms’ from having sexual intercourse with the kidnapped ‘brides’ but the ban is not always observed. In many cases, the women are raped as a way of forcing the hand of the bride and the family into accepting the marriage. 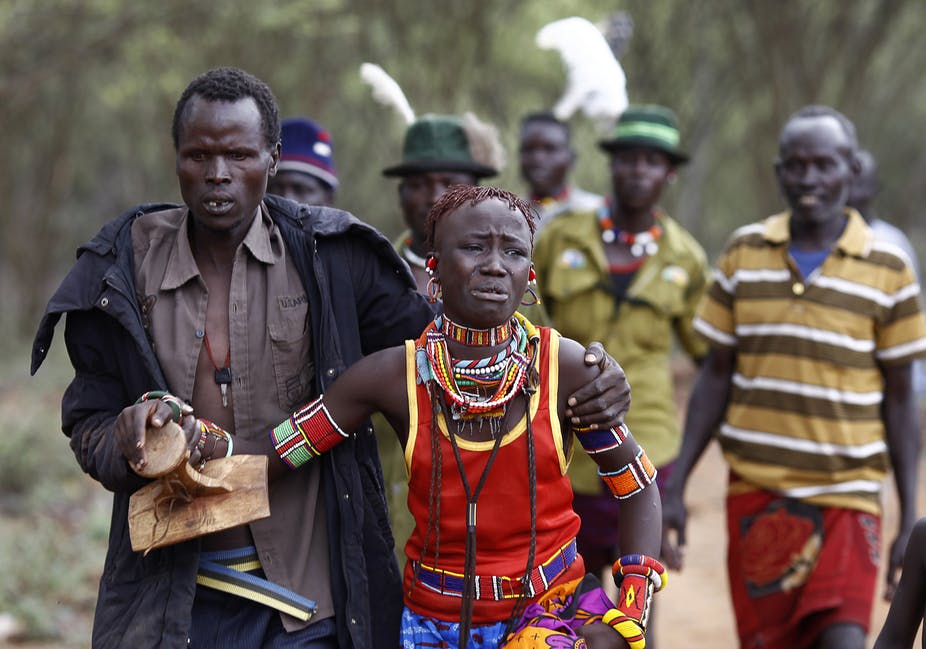 A young girl from Kenya’s Pokot tribe weeps as she’s led away from her home by her future husband’s family. Reuters/Siegfried Modola

In other communities, female rape survivors are considered adulterers and punished in various ways including marrying their rapist or even put to death. In Somaliland, a rape survivor would be forced to marry their rapist to avoid bringing shame and stigma to the family. This, however, changed in 2018 when the country passed a historic law that would see perpetrators spend at least 20 years in prison for such a crime. It also institutes punishment for anyone who fails to report such crimes.

In a recent report by the Human Rights Watch, the entrenched rape culture in Mauritania was highlighted.  In the report, women and girls told of how they were subjected to sexual assault and how many obstacles they had to face in their quest for justice. Many of the women in the report have had to be courageous enough to speak out against sexual violence because of the shame, stigma and lack of justice.

One of the women, Rouhiya (not her real name), speaks of her escape from her sexually abusive father, only to end up with a sexually abusive lover who had promised to marry her.  However, instead of arresting and prosecuting the perpetrators, they arrested Rouhiya.

Soon after, she said, the man locked her up, drugged her, and gang-raped her with three other men. Rouhiya remained captive for two weeks until the police found her and returned her to the home from which she had tried to escape. In her report to the police, Rouhiya disclosed that she knew one of the perpetrators. Police arrested her and sent her to the national women’s prison on charges of engaging in sexual relations outside marriage (zina). “I asked them, ‘Why? What did I do?’,” Rouhiya said. “They told me to keep quiet and not to ask questions.”

Recently, South Africa lost a student because of rape culture, compounding cases in a country considered the ‘rape central’ of Africa.  There have been protests across the country and at different times in history to protest gender-based violence including rape and sexual assault. 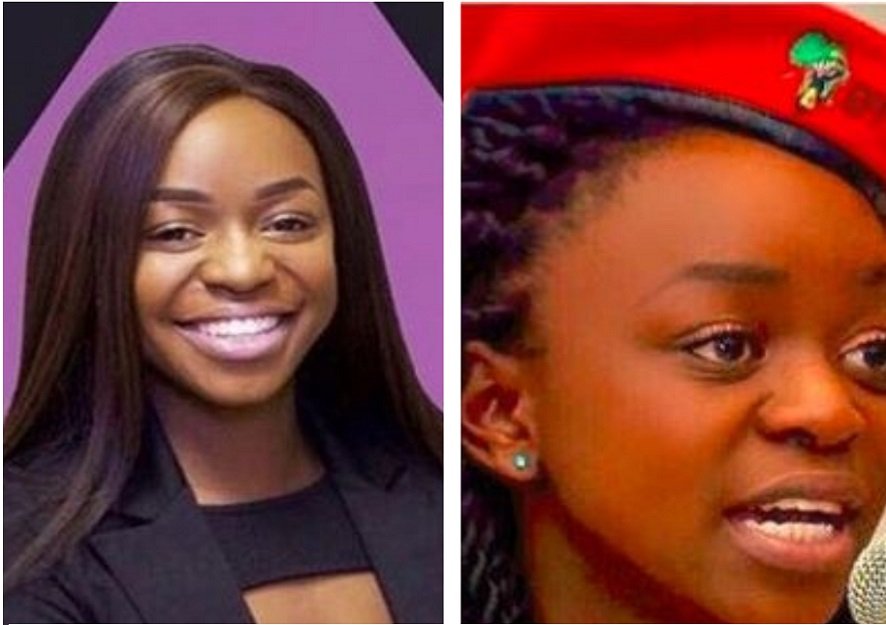 23-year-old Khensani Maseko, a student at Rhodes University in Germantown, South Africa who committed suicide after she was raped by another student.

In Egypt, rape is treated so casually that a renown lawyer called for women to be raped as a matter of ‘national duty’ on national TV. It took the outrage of women movements in the country and worldwide censure for the lawyer to apologise.  This says a lot in a country deemed one of the most dangerous for women in the world.

Not many African countries have laws against sexual assault, and if they do, the prosecutions are often few and far in between. As per the HRW report, Mauritania does not define nor criminalise rape in its laws. Additionally, the burden to prove that sex was nonconsensual rests on the survivor, failure to which women can be turned into the accused.

Aside from the lack of laws, not so many institutions are sensitised in dealing with rape cases. From healthcare service providers to police officers, there are still gaps to fill to ensure that sexual assault survivors not only get the right medical care but also access justice.

It is also not uncommon to find perpetrators receiving no jail term even with evidence and a history of sexual assault. With such incidences, it is no wonder that many African countries are prosecuting some of their first sexual assault cases in the 2010s.

In some cases, rape cases are withdrawn due to threats to the victims or resolution by parents and the perpetrator, without the victim’s knowledge. In Kenya, the fear of reporting rape cases has been countered by the use of SMSes and hotlines, including the SMS platform run by Wangu Kanja Foundation, a charity for rape survivors.  The platform provides a way for rape survivors to not only report cases but also access legal and medical help.

Once married, these underage girls are sexually assaulted and since not many countries have laws against spousal and marital rape, nothing is really done to save these girls. In many cases, it is considered against the fundamentals of marriage for one to take a spouse to court over rape. This is what a judge in Malawi said in 2001 when shutting down a marital rape bill by a women’s group. Although the law constituting marital rape was passed in 2016, the idea that couples cannot say no to sex in marriage is still held in many places in Africa.

Wars and conflicts have also seen some of the terrible cases of rape and the subsequent lack of prosecution contribute to rape culture.  It was only in 2008 that rape and sexual violence during war constituted “war crimes, crimes against humanity or a constitutive act with respect to genocide,” after the United Nations Security Council adopted Resolution 1820.

The resolution also noted that women and girls are particularly targeted by the use of sexual violence, including in some cases as “a tactic of war to humiliate, dominate, instil fear in, disperse and/or forcibly relocate civilian members of a community or ethnic group”.  Stressing that such violence could significantly exacerbate conflicts and impede peace processes, the text affirmed the Council’s readiness to, where necessary, adopt steps to address systematic sexual violence deliberately targeting civilians, or as a part of a widespread campaign against civilian populations.

Rape culture in Africa is also perpetrated using language and media. Catcalling, making rape jokes and even sex-shaming are just some ways this culture is sustained.  The sharing of nude images for laughs or for revenge on social media is one of the new ways Africa’s younger generation is promoting the old-age tradition.

While there have been improvements in addressing some of these issues, Africa still has a long way to go, especially now that there are new avenues to perpetuate rape culture and sufficient data to prove that sexual violence is still rampant and new strategies are needed to deal with it.