The volatile Central African Republic is torn between its former colonial master, France, and new allies, Russia, as it goes through growing instability following years of armed insurgency by rebel and militia groups.

A renewed conflict heightened in 2013 after a coalition of Muslim rebel groups called Séléka seized several towns including the capital city and overthrew the Christian president at the time, Francois Bozize. This action evoked reprisals from Christian militias called Anti-balaka.

The diamond, gold and uranium-rich country has been the latest interest of Russia in Africa while France is concerned about losing influence on its former colony which has not seen peace in the past 20 years.

The United Nations Security Council had imposed an arms embargo on the country since the armed conflict erupted and Russia took advantage of an exemption clause to provide weapons to the security forces with approval by a sanctions committee. 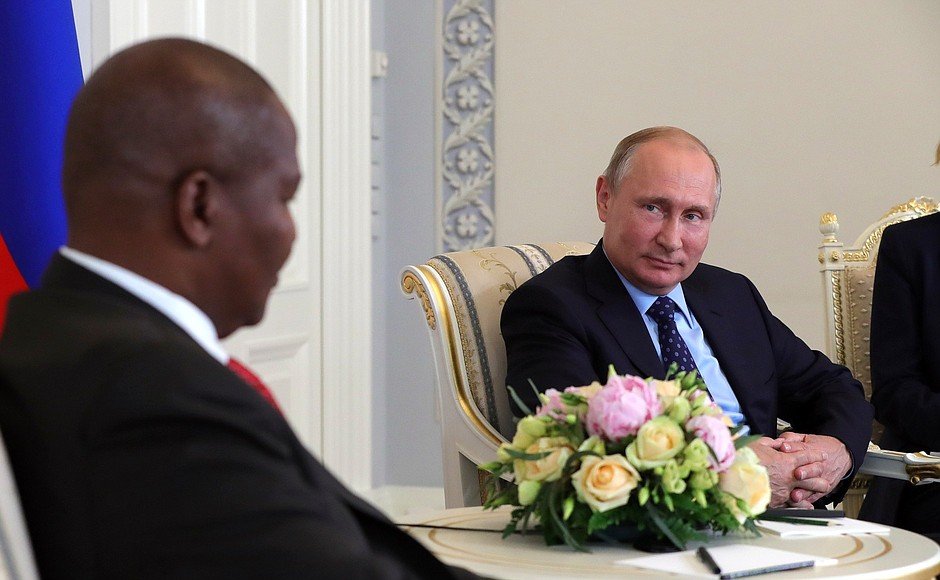 Russia deployed military trainers and weapons to the Central African Republic earlier this year after signing a bilateral agreement with the new president elected in 2017, Faustin-Archange Touadera. Touadera’s visit to Moscow last year resulted in the signing of the agreement which, among other things, includes “mutually beneficial” mining exploration.

Moscow also went beyond UN negotiation efforts to help end the unrest in the country by inviting the armed groups to Khartoum in August for talks with Sudan and they signed a preliminary agreement to end the conflict. Russia also announced another shipment of arms and the deployment of 60 additional military trainers in late October.

The move incensed France, which only has military presence in the country within the U.N. peacekeeping mission, MINUSCA. 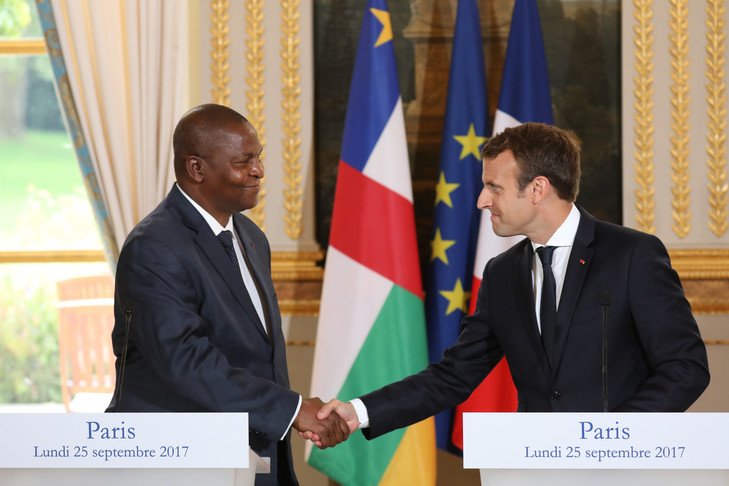 “Russia has asserted its presence in the Central African Republic in recent months, it is true, but I am not sure that this presence and the actions deployed by Moscow, like the agreements negotiated in Khartoum at the end of August, help to stabilize the country,” French Defense Minister Florence Parly told weekly Jeune Afrique.

“Africa belongs to Africans and no one else, no more to the Russians than the French,” she added.

A month after this outburst, France announced in early November that it will deliver arms to the Central African Republic and offer 24 million euros ($27 million) in bilateral aid.

France also presented a draft resolution to the UN Security Council that would see UN peacekeepers offer support to newly-trained national forces as they deploy across the country.

The United States and Russia objected to the draft resolution which also takes an aim at Russian peace efforts by specifying that an African-led initiative is “the only framework” for a solution.

“We are pro-actively helping the CAR, knowingly with the support of the people and we would like our efforts to be duly reflected in the French draft,” Russian Deputy Ambassador Dmitry Polyanski told the UN Security Council.

“In the CAR, there will be work for all to genuinely help the country get back on our feet … It is time to set aside historical complexes, egotism and parochial national interests,” he added referring to the French opposition to the Russian efforts to broker peace deals.

The United States is against the draft resolution due to the additional costs it will incur. The Security Council will hold a new vote before December 15 to decide if MINUSCA will back the newly-trained national forces and if Russia will have to abandon its peace efforts in the country.

More than 1.1 million people have fled their homes in the Central African Republic since 2012 when the conflict started and about 600,000 people are internally displaced.

Meanwhile, Russia has signed military cooperation deals with 19 countries in sub-Saharan Africa since 2015 and has expanded diplomatic and trading ties in the continent in a bid to re-establish its influence that waned after the Cold War.