Gambians turned our in huge numbers on Thursday to cast their votes for the 2016 presidential election. Ahead of the elections, Gambian authorities shut down Internet services and placed a temporary ban on international calls. The BBC reports that long queues quickly formed at polling stations in Gambia’s capital of Banjul in the early morning hours.

Gambia’s incumbent President Yahya Jammeh is seeking re-election for a fifth consecutive term in office under his Alliance for Patriotic Reorientation and Construction party. Political observers say he is expected to face one of his stiffest challenges in this year’s polls, going up against a united opposition for the first time in his presidential career.

Although considered a political neophyte, Barrow is expected to put in a strong showing at the polls, after managing to inspire thousands of Gambians during his campaign. He has received great support from the youth, empowering them  to dream of a Gambia free from the shadow of Jammeh, who has ruled the country for the last 22 years straight.

Jammeh seized power in Gambia in 1994 after a bloodless military coup,and he has maintained an iron grip over the country ever since. In 1996, he resigned his military office, contested, and won a round of elections that were widely observed to being rigged.

Jammeh regularly speaks on conducting democratic elections, but in practice, the Gambian head of state has continued to rule the country like his own private estate. Human rights groups say Jammeh’s government has favored the use of classic strong arm tactics against any opposition, including forced disappearances, torture, unfair trials, and arbitrary arrests to keep the opposition in check.

In 2011, after another round of flawed elections saw him re-elected as president for a fourth term in office, Jammeh reportedly told the BBC that, “if I have to rule this country for one billion years, I will, if Allah says so.” 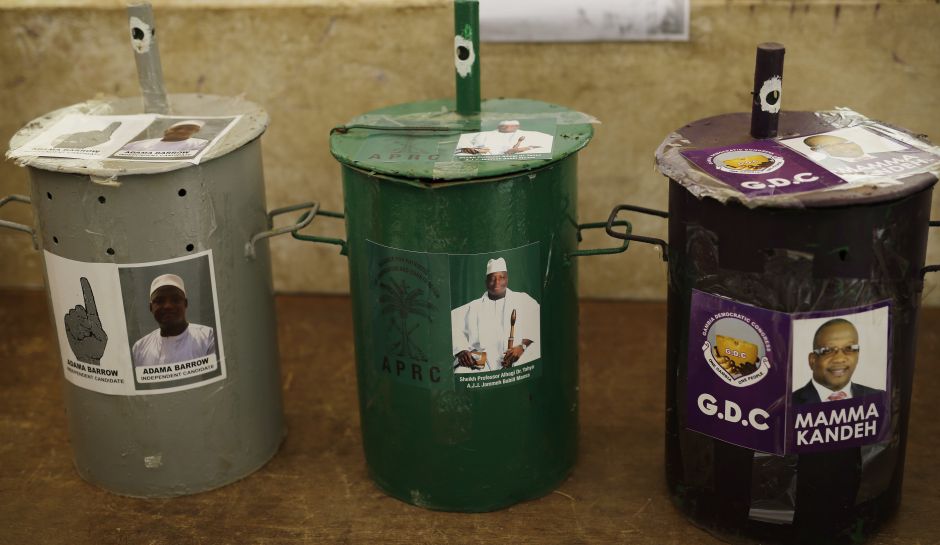 Gambia has a unique voting system in which instead of using the typical ballot box, citizens vote by dropping a piece of marble into any one of three containers, which are colored green, silver, and purple.

The marble pieces are counted on the spot at the end of voting using wooden tablets. Gambian electoral officials say the system was adopted to guarantee universal participation in the electoral process, despite the prevailing low literacy levels in the country.

Ahead of the elections, Gambian officials announced a ban on public demonstrations, which they say will prevent unrest after the elections results have been announced. President Jammeh has also warned his rivals against contesting the outcome of the vote.

“Our election system is fraud-proof, rig-proof, you cannot rig our elections. There is no reason that anybody should demonstrate. [Demonstrations] are the loopholes that are used to destabilize African governments,” he explained.

In the face of the controversies and reports of state sponsored violence ahead of the vote, election observers from the European Union and the Economic Community of West African States (ECOWAS), have shunned the elections. The African Union deployed a small team of election monitors to observe the process.