The African boy-child is under siege. In an effort to liberate the girl-child, the boy-child has been left to his own schemes. According to UNICEF, the number of boys enrolling in primary schools in Africa is going down significantly while drop-outs are at an all-time high. Another study done by the University of Nairobi’s Institute of Anthropology, Gender and African Studies revealed key factors that have greatly contributed to the predicament that the African boy-child finds himself in.

For so long, African cultures have programmed the boy-child to believe he is strong enough to take care of himself. Consequently, he feels intimidated to share his problems with people who can give him direction. Since he has been raised in a society that expects a man not to show weakness, he prefers to keep his issues to himself. Rather than speak up and be embarrassed, he will “man up” and deal with the issues on his own.

Because the African boy-child feels neglected, he ends up using drugs or getting involved with criminal groups for solace. If he does not break these habits as a man, his woman will be left to fend for their family as he retreats and the next African boy-child will grow up without a father figure.

Without denying the girl-child an opportunity to pursue her dreams, the boy-child has to be empowered so that he can regain the lost self-confidence and ability to make the right decisions.

The good news is that many individuals and groups across Africa have already embarked on a mission to liberate the boy-child. Although the overall effect of their efforts remains to be seen, their presence is gleam of hope.

This is a non-governmental organization registered in Kenya with the aim of spearheading the campaign to improve the life of the Kenyan boy-child whose agenda has been neglected for a long time. The organization promotes empowerment, addresses issues of discrimination and offers rehabilitation. So far, the organization has successfully held various youth empowerment programs across the country including boy-child empowerment camps and sports for social impact training.

The International Rescue Committee is a non-profit organization working in many countries around the world with the aim of helping those affected by humanitarian crises to rebuild their lives. Currently, IRC is working to help former child soldiers in countries such as Burundi, Liberia, Congo, Ivory Coast and Uganda rebuild their future and to promote community reintegration.

According to the committee, over 20,000 children in Uganda were abducted by Lord’s Resistance Army (LRA) rebels during the 18-year civil war in the country. Although many of them have managed to escape, quite a number of them are still captives and need to be rescued. 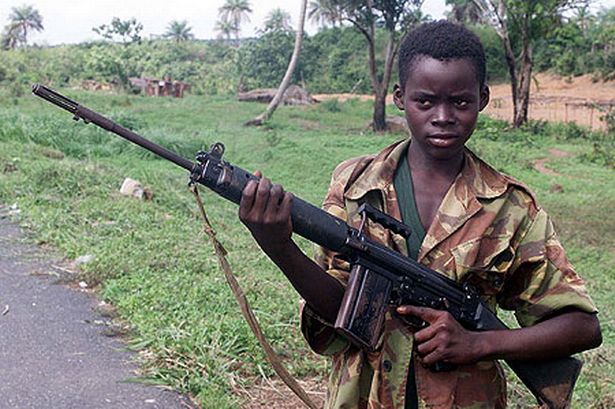 The organization’s main objective is to defeat the LRA’s agenda by mobilizing citizens against the rebel group and encouraging community defection from the movement. Invincible Children operates in countries like Uganda, Congo, South Sudan and Central African Republic, where LRA has rained havoc for many years.

According to the organization, hundreds of returnees, most of them boys, have been reunited with their families:

“This has dramatically dismantled the LRA’s core fighting force. We reunite broken families while bringing stability and peace to affected communities.”

Maendeleo Ya Wanaume is a Kenyan organization that has made numerous efforts to fight discrimination against the boy-child and men in general. The group’s chairman Nderitu Njoka has been very vocal in championing for men’s rights. Njoka is particularly apprehensive about the increasing cases of husband battering in the country.

Working to empower boys in South Sudan, Lost Boys Foundation runs numerous charitable programs such as the African Boarding School Program, which provides safety and education to lost boys and girls in Kenya and Uganda who are mainly refugees from South Sudan.

“We have graduated over 60 refugee students from high school in Kenya and Uganda and several from college. One is now a doctor,” the Foundation indicates.

These are just a few of the many charitable organizations that are working day and night to rescue the African boy-child from extinction.