Last year, if you happened to be in Lagos, a city in Nigeria, you would have seen this unconventional aero-amphibious jet car roaming the streets occasionally.

Made by a 46-year-old self-taught inventor, Kehinde Durojaiye, the vehicle is essentially designed to operate on land, water, and in the air.

From his little shop at a dump site next to a lagoon in Lagos, Durojaiye, otherwise known as ‘Kenny jet,’ has made four prototype cars as at last August.

“I tested it in the sea, and a lot of people were surprised it can move on the land and sea,” he told CNN in an interview.

“That’s one of those things that amazes people.”

He claimed that the car could move 120 kilometres per hour on land and at least six knots on the sea.

Durojaiye’s jet car is made with everyday discarded materials like wood, plastic and styrofoam.

Now married with four children, Durojaiye continues to refine prototypes of his car, hoping to make it fly in the near future.

“We want the whole world to know it is possible to have a kind of machine that can move on land, on sea and fly and perhaps move under the sea,” he explained. 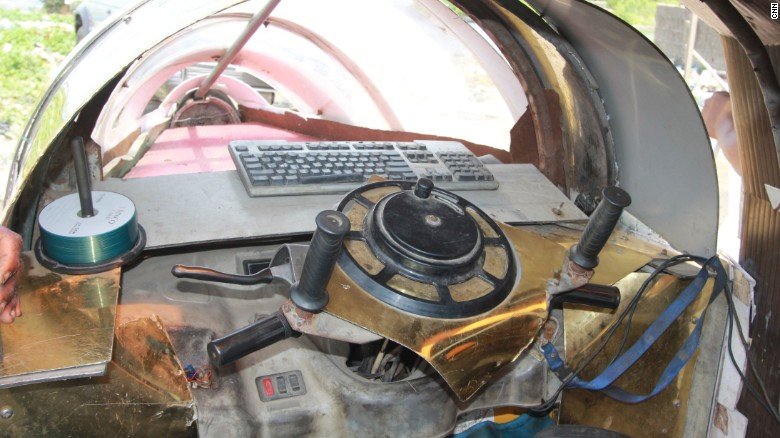 The interior of the vehicle — AutoReport NG

Lagos is usually congested, with the city filled with Hyundais and Toyotas. Durojaiye hopes his invention will one day be a common sight across the country and to ultimately ease the traffic burden.

‘Kenny jet’ is one of the many people who is coming up with beautiful inventions to solve the myriad of problems in Africa. But the issue is they are yet to be given the needed support to make their dreams a reality.