Henna designs are all the rage globally right now. If you aren’t in on the trend already, you probably know someone who is.

Just log on to your favourite social media site and you would see public figures of all kinds donning their favourite designs of this age-old body art technique, specifically during star-studded red carpet events.

Global socialites such as Beyoncé, Ariana Grande, Gigi Hadid, Haley Berry and Katy Perry have been spotted in henna. 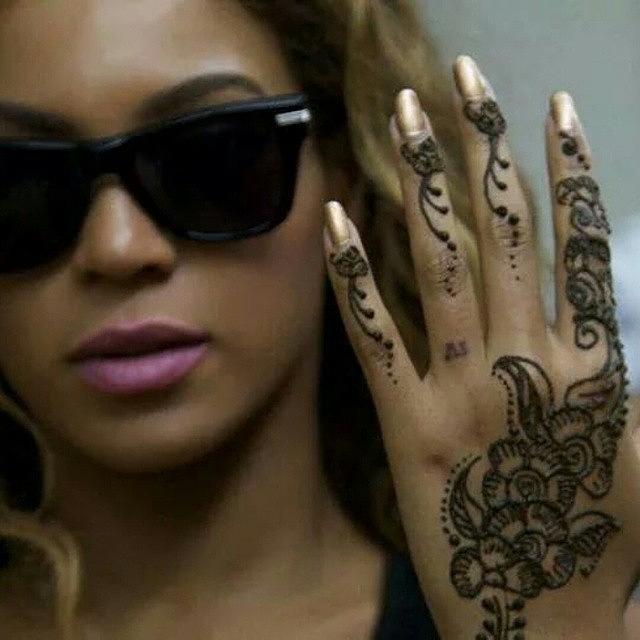 With the growing desire and interest in temporary aesthetics, henna provides a more short-term route as opposed to tattoo art, which is permanent.

But what’s the origin of these temporary tattoos?

The Egyptian privet plant from which the henna ink is derived is known to originate from Egypt over 5000 years ago. Traces of henna have been found on mummies from 1200 BC to that effect.

The hands and feet of Pharaohs were first dipped in henna prior to mummification. Basically, this henna ink was only accessible to the elite or royals in society.

Henna later migrated out of Egypt when its people presented it to India as a state gift. Queen Mumtaz who ruled in the 1600’s subsequently became the first Indian Queen to be decorated with henna.

Since then, this art technique has come to stay.

It serves as bodily adornment during special occasions like holidays, birthdays and weddings in several North African countries such as Libya, Egypt, Morocco and Tunisia, as well as, various cultures in the Middle East.

Moroccan families paint their doors with henna as it is believed to drive away evil and bring prosperity.

The henna powder derived from the dried leaves of the plant is also found to have cooling properties when prepared into a paste. People in desert regions smear this paste on their feet and arms to make desert life bearable.

In the manufacturing industry, this natural, organic hair dye is used in cosmetics, textiles and hair care products.

Aside from natural dye, henna can be used to treat certain skin diseases like eczema and scabies, as well as, fungal infections, and wounds.

How to get a Henna tattoo

Fresh leaves from the privet plant are ground up and smeared at the preferred area.

Alternatively, the leaves are dried and turned into a powder which is mixed with a solvent of choice for the ink to be produced. This paste is then put in a pipe-like tool and used to create gorgeous designs on the hands, arms, necks and other parts of the body. It is then left for a while to dry. 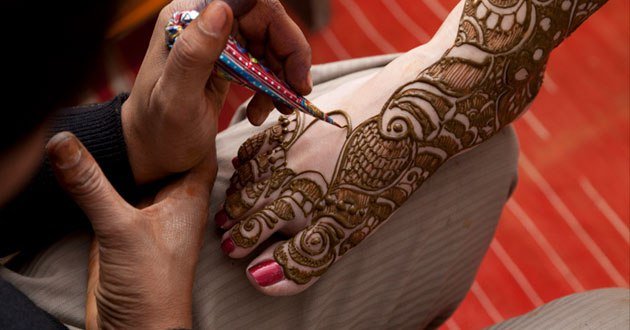 The ink produced is usually in brown, red and black hues. Concerns were raised recently after it was discovered that some cultures were adulterating henna with Para-Phenylenediamine (PPD) chemical to get a more intense black hue and to make the design last longer.

This PPD chemical can cause serious allergic reactions to some users and in some severe cases death.

There have also been multiple reports of henna causing skin irritations like contact dermatitis to its users.

People have, therefore, been advised to check with a dermatologist for allergies and do a patch test before jumping on this trend. 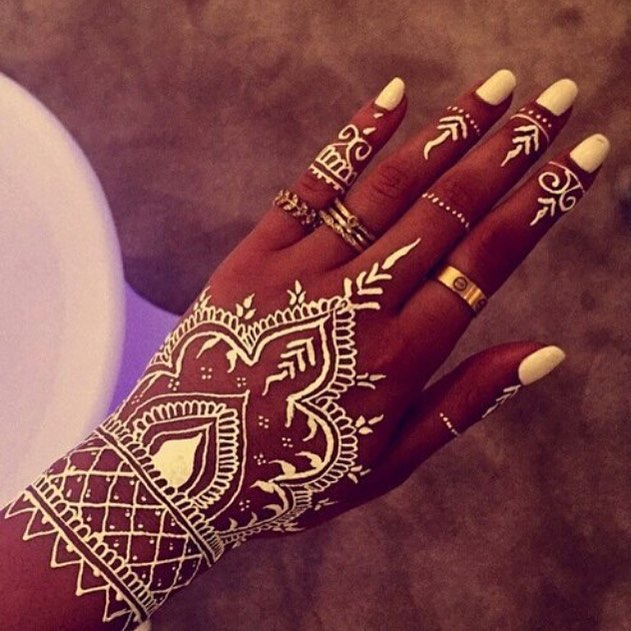 Meanwhile, modern inventions have seen white henna also being made.

Henna designs can last for as long as 3 weeks if well taken care of.

But if you want to take it off that quickly, here’s a video on how to do so in the comfort of your home: