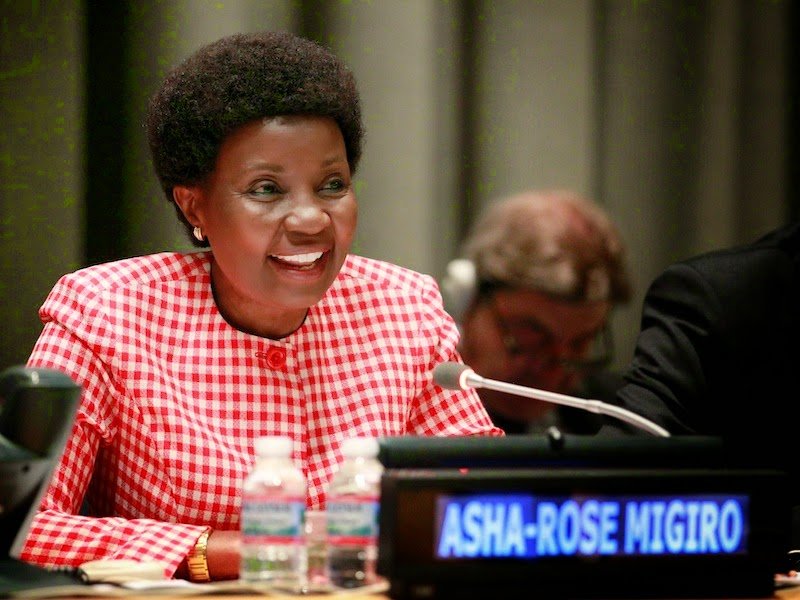 Dr. Migiro served as Minister of Foreign Affairs and International Cooperation from 2006-2007 – the first woman in the United Republic of Tanzania to hold that position since its independence in 1961. Before that, she was Minister for Community Development, Gender and Children for five years.

Prior to Government service, Dr. Migiro pursued a career in academia. She was a member of the Faculty of Law at the University of Dar-es-Salaam, where she rose to the rank of Senior Lecturer. She headed the Department of Constitutional and Administrative Law from 1992 to 1994, and the Department of Civil and Criminal Law from 1994 to 1997. Her work was published widely in local and international journals.