In January 2016, Mattel Inc., the world’s largest toy maker, announced that it would be expanding its bestselling line of Barbie dolls to include dolls with curvy, tall, and petite body types in addition to Barbies with alternative skin tones and hair styles.

While the decision was welcomed for promoting much-needed diversity and inclusiveness in popular culture, which often leaves minority groups underrepresented, it somehow overlooked the idea of a “Muslim Barbie,” a doll that represents the average girl or young lady in a conservative Muslim society. 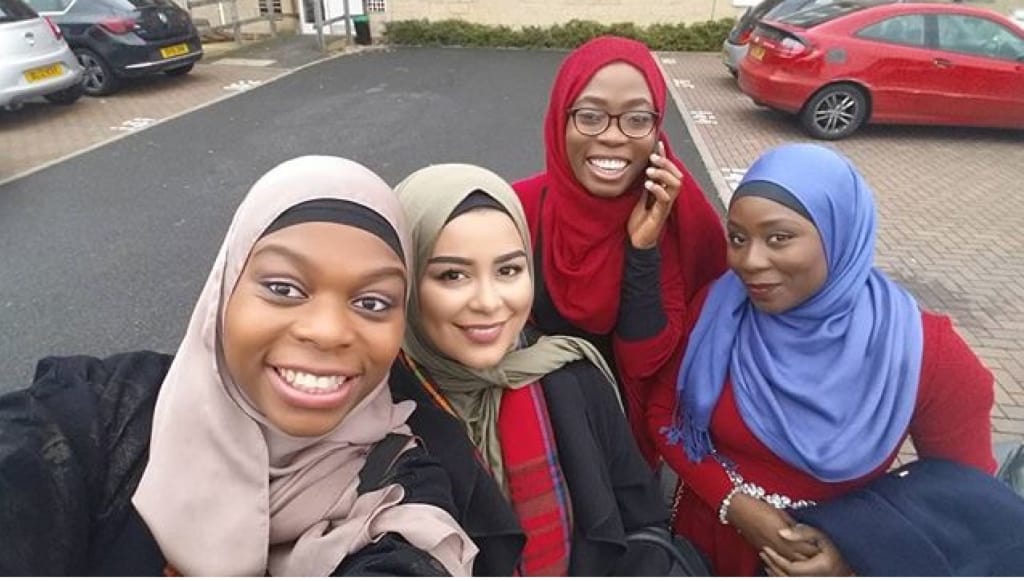 Haneefa in the company of her friends while studying in the U.K. Photo credit: Nairaland

Enter Haneefa Adam, a 25-year-old Muslim female from Nigeria. Adam thought it would be ideal to have a Barbie that young Muslim girls could connect with: dolls dressed not in denim and skimpy tops but in colorful headscarves, flowing abayas, and full- length couture dresses, which is common in Muslim societies.

Adam recently told CNN that her desire to create something for Muslim girls led her to launch her “Hijarbie” account on Instagram, after coming across the “Barbie Style” page on Instagram.

“I thought I had not seen Barbie dressed in a hijab before so I decided to open an Instagram account and dress Barbie up in the clothes that I made. I thought it was really important for a doll to be dressed like how I would be.

“I decided to do something that is close to my identity,” she said.

The graduate of Pharmacology from the U.K.’s Coventry University says toys are more than just play things for children since they also serve to tell a story.

Adam currently lives in Ilorin, a city of nearly 800,000 inhabitants in north central Nigeria. Despite its size, it is a close-knit community with conservative values and a Muslim majority.

The Hijarbie dolls have been warmly received within Nigeria and beyond, and Adam explains that with the power of social media, the dolls have gone on to become an international sensation with requests to buy them coming in from all over the world.

But despite the account’s popularity, Adam says she has received negative comments from people who think that Muslim women who wear the veil are “oppressed,” a misconception she wants to fix.

For her and most of her Muslim friends, the wearing of hijab is purely a matter of choice.

“It is really important to realize who we are and to appreciate our different cultural background. There are a lot of Muslim girls that have been criticized or attacked because of the scarf around their head or hijab.

“It has roots in my religion and cultural identity. The way Barbie dresses is very skimpy and different, and there’s nothing wrong with it. I just wanted to give another option for Muslim girls like me.”