An interesting and often forgotten cultural exchange occurred between China and East Africa during the former’s brief and medieval golden age of exploration of the world in the 1400s.

From 1405 to 1433, the Chinese under the reign of Emperor Yong Le, the Ming Dynasty emperor at the time sent out several trade missions that reached as far as present-day Kenya.

On the fourth expedition which left China in 1413, part of the fleet led by commander Zheng He reportedly sailed to Bengal in India, where they met envoys from the African coastal state of Malindi (now part of Kenya) in 1414.

The men from Malindi had come along with giraffes as a tribute, and they gave one of those giraffes to the Chinese, who took it home.

Malindi, after a year, sent another giraffe to China at the request of Zheng He.

The emperor “was in the habit of receiving exotic animals, including birds, as gifts from foreign countries—elephants and rhinoceroses from Champa, bears from Siam, parrots and peacocks from Javan and ostriches from Aden,” according to historian Sally K. Church, adding that there was even a special part of the imperial grounds in Nanjing, or forbidden gardens, where they were kept and cared for.

But the giraffes were clearly special for the Chinese as of all the animals that the emperor received, the giraffe was the one he asked a court artist to paint. 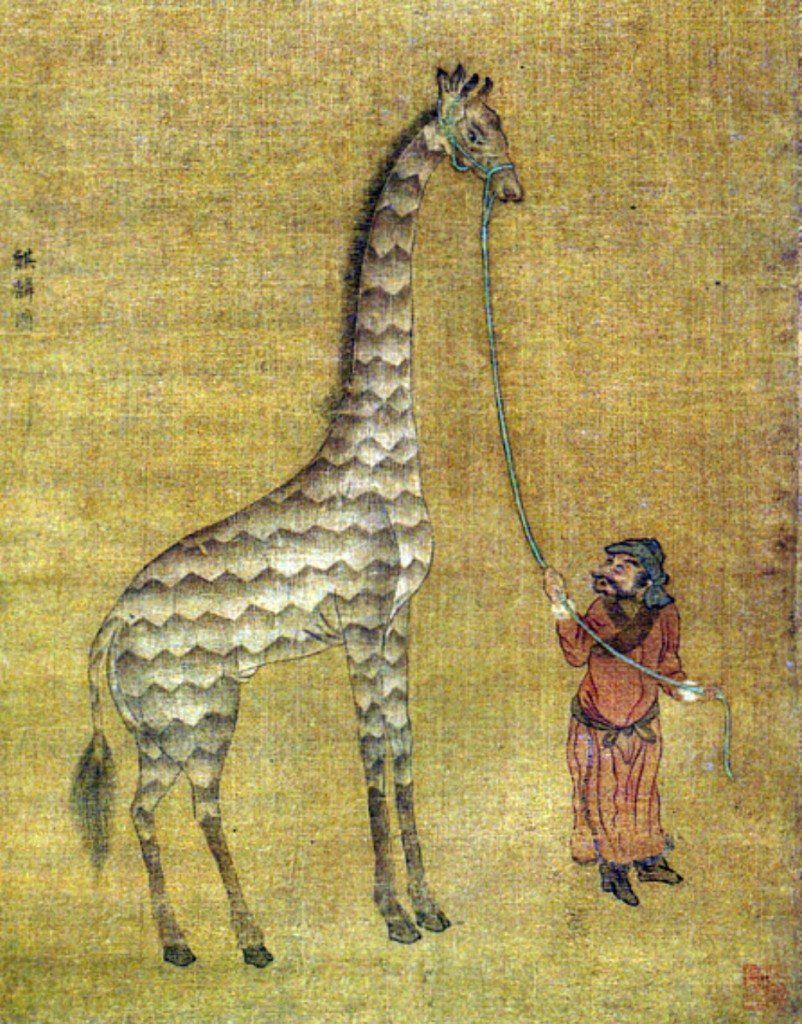 The painting of the giraffe — ringmar.net

The famous painter, Sheng Du, was commissioned to do a painting of the giraffe being led by a handler, and in the meantime, a poem was written and broadcast about the animal, which was seen as a godsend.

Historical accounts state that the giraffes were feted, and for several years, they were displayed on the east side of the throne during majestic functions.

All the animals given to the Chinese were then exotic, but the giraffes were particularly special due to its connection with Confucian tradition.

Chinese mythology at the time listed four mythical animals namely the qilin, the turtle, the Phoenix, and the dragon.

For the Chinese, the qilin (creatures that are known as Chinese unicorns but are more like a cross between a horse and a dragon) was a representation of wisdom and benevolence.

Historians state that owning such mythical animals was the dream of any emperor as it cemented their legitimacy.

The giraffes were seen as having the same characteristics as the qilin, and there are beliefs that the Malindi gifts may have strengthened Yong Le’s legitimacy.

Yong Le had assumed power after the death of Jianwen, his elder brother who was also the legitimate emperor.

Being the fourth son, Yong Le reportedly struggled with legitimacy and was in desperate need of cementing his power. 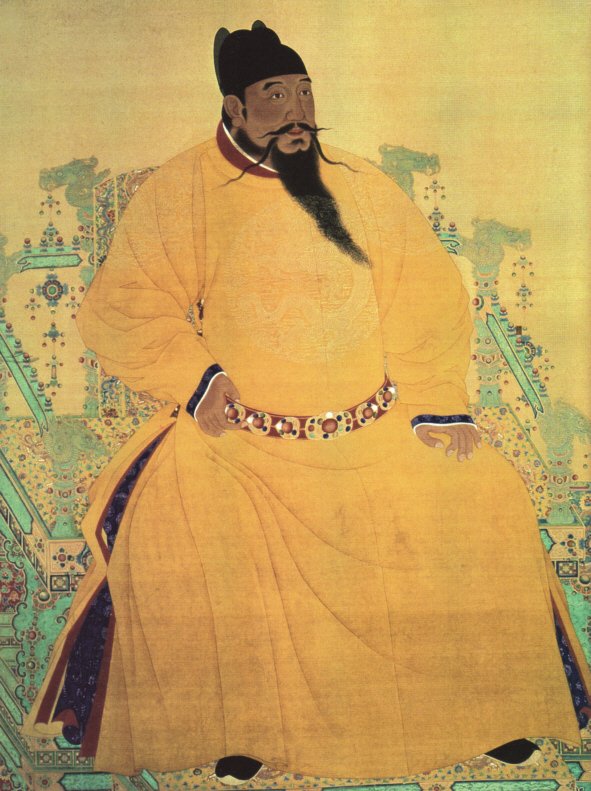 An illustration of Yong Le

He even rewrote official history to leave out Jianwen and owning an animal like the mythical qilin may have served as useful propaganda for someone who felt his throne wasn’t totally secure, said Dale Peterson in his book Giraffe Reflections.

Historian, Church, notes that the link between the giraffes and qilin was strengthened by the official painting that commemorated their arrival.

“Whereas the emperor seems to have played down the supernatural dimension, he still wished to commemorate its arrival, and the painter Shen Du made the association between giraffe and qi-lin explicit both in the style of the painting and in the poem inscribed at the top. Shen Du painted in a delicate, refined style, giving the giraffe a benign, gentle face, a delicate and slender body with a detached, otherworldly majesty. Its spots are no longer spots but are transformed into a fish-scale motif that is characteristic of the qi-lin,” she wrote in The Medieval History Journal in 2004.

Yong Le, with the presence of the mythical giraffes, would rule China for another short decade. This period witnessed a huge economic and cultural interaction with the East African coast and other parts of the world.

Chinese exploration, however, ended in 1433, nine years after Yong Le’s death, and isolationism took over Chinese policy. No one knows of what happened to the miraculous Malindi giraffes thereafter.