That an uneducated black man in late 19th century Cuba would rise to be the first black Senate president was seen as a wonderful feat. It was achieved by one Martin Morua Delgado.

Born in 1856 in Matanzas Cuba, Delgado was the son of native-born African woman brought to Cuba as a slave called Ines Delgado and an immigrant from Spain called Francisco Morúa.

Due to financial constraints, Delgado was not able to earn an education and was forced to look for work. In the process, he taught himself how to read and write and even published a newspaper, El Pueblo in 1878. He used the newspaper to oppose slavery, campaign for the integration of blacks into mainstream Cuban society and advocate for an independent Cuba. 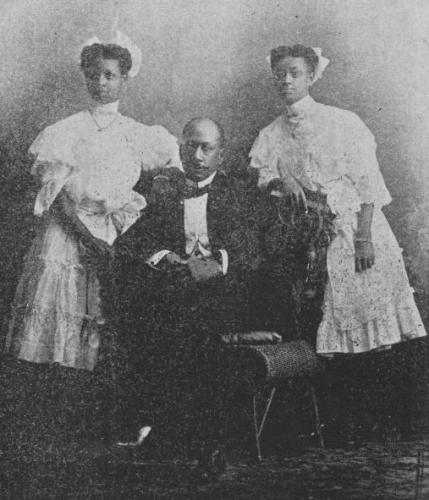 In 1880, he left Cuba to head to the United States, where he became a literary critic and translator. He published a magazine called Revista Popular and wrote essays on Cuba and the treatment of Afro-Cubans in the country.  He published two books when he returned to Cuba ten years later. The books Sofia and The Unzuazu Family also explored the black identity and complex interpersonal relationships in Cuba.

He rose up the ranks to become an influential political figure, becoming the first black person to be elected into the country’s constitutional assembly under United States occupation in 1901.  Eight years later, he would become the first black president of the Senate.

He used the position to introduce a bill banning same-race political parties as they discriminated against other races. Part of the bill read:

The undersigned Senator considers the existence of exclusive political groups or parties contrary to the Constitution and the practice of the republican regime for reasons of race, birth, wealth or professional title, and has the honour to propose to the Senate the following Additional Amendment to Article 17 of the Electoral Law.

It is believed that the banning of black political parties was one of the factors that led to the Race War of 1912 that saw Afro-Cubans rise up against discrimination.

In 1908, Afro-Cubans who had had enough of the terrible conditions under which they lived, decided to form an independent black political party called Independent Party of Color. Led by Evaristo Estenoz, it garnered quite a large following of black people in Cuba. However, then President José Miguel Gómez banned the party using the Morua Law as it was then called.

The party later regrouped in 1912 to instigate one of the biggest rebellion in Cuba. The Cuban government and the United States quelled the rebellion killing at least between 2000 and 6000 Afro-Cubans.

Delgado was not alive to see the consequences of his handiwork as he died two years before the war, serving as the Minister for agriculture.