On March 25, 1931, nine black boys were traveling on a freight train from Chattanooga to Memphis, Tennessee.  A group of white youth who were hoboing attempted to throw one of the nine boys off the train, claiming it was a “whites only” train. 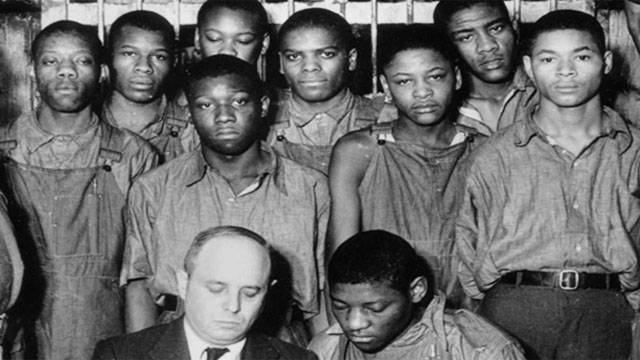 This started the troubles of the nine black boys, known as The Scottsboro Boys.

After the white men reported the false claims, the Sheriff organized a mob or posse comitatus to stop the train at Paint Rock and search it.  The Scottsboro Boys were then arrested.

The doctor who examined Bates and Price named Dr. Bridges determined that there were no signs of rape.

The boys stood to be lynched as that was the penalty for rape at the time in the racist-ridden south. 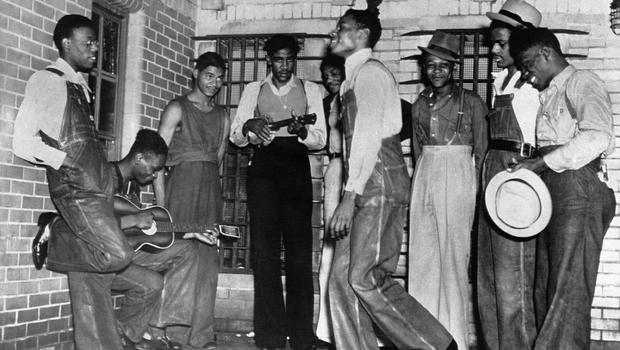 The first trial entailed the boys being guarded by 118 Alabama guardsmen in a courtroom with an all-white jury. The Supreme Court later revealed, “the proceedings … took place in an atmosphere of tense, hostile, and excited public sentiment.”

There were nine separate trials held – all in one day.

During Norris and Weems trial, Bates and Price claimed to have witnessed the fights, that one of the boys had a gun and that they were raped knifepoint.; however, they stated that they were raped only during cross-examination.   The prosecution ended with testimony from three men who claimed the boys fought the white youths.  None of the white boys were called to testify.

The prosecution was recorded as saying, “If you don’t give these men death sentences, the electric chair might as well be abolished.”

The Patterson trial was held as the Norris and Weems trial was being deliberated on.  Bates and Price reiterated the same story which Price stated, “I have not had intercourse with any other white man but my husband. I want you to know that.”

After testimonies from Patterson, the Wright brothers, Williams and Powell, the jury rendered a guilty verdict and recommended death by electric chair for Patterson.

The trial for Powell, Roberson, Williams, Montgomery and Wright began immediately after the Patterson trial.

This time Price added that the group divided themselves into two groups to rape her and Bates. The current trial was interrupted when the jury for the Patterson trial entered the courtroom. Dr. Bridges admitted under oath that Price admitted to him that she had intercourse with her husband and that Bates had intercourse as well, before the “rapes.”

This time the defendants were called to the stand.

The defense waived the right to a closing argument, the prosecution proceeded to the chagrin of the defense, nevertheless the court allowed it.

The jury began deliberating at four in the afternoon. 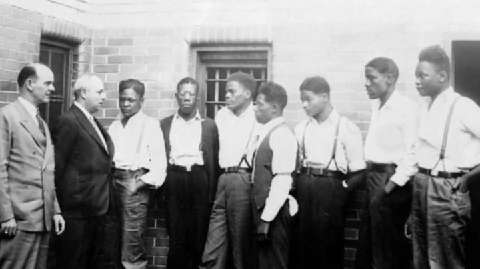 The Wright trial commenced.  The jury for the previous trial was still deliberating and continued to until the jury for Wright’s trial also started deliberating.

Since Wright was 13, the prosecution could not recommend the death penalty.

At nine in the morning on April 9, 1931, the defendants in the Powell trial were all found guilty.

The jury in Wright’s trial could not agree on sentencing and the Judge declared a mistrial.

Eight of the nine were sentenced to death by electric chair. The executions were set for July 10, 1931.

Appeals were filed while the Alabama Supreme Court issued stays of executions 72 hours before the defendants were scheduled to die.

The Communist Party USA and the NAACP offered to champion the appeals. The boys decided to let the International Labor Defense (ILD), the legal department of the communist party take charge of the cases.

George W. Chamlee and Joseph Brodsky filed the motions for the boys.

Chamlee, Brodsky and another attorney named Irving Schwab filed appeals with the Alabama Supreme Court. They argued it was unconstitutional for no blacks to be included in the jury pool, inadequate representation, insufficient time for counsel to prepare for their cases and that the juries were intimidated by the crowd.

On March 24, 1932, the Supreme Court ruled against seven of the nine boys, confirming executions for eight.  The executions were also rescheduled.

Chief Justice John C. Anderson agreed with the defense on many of its motions and stated the defendants had not been granted fair trials.  He said, “These defendants were confined in jail in another county … and local counsel had little opportunity to … prepare their defense.”

“Moreover, they “would have been represented by able counsel had a better opportunity been given.” Anderson concluded, “No matter how revolting the accusation, how clear the proof, or how degraded or even brutal, the offender, the Constitution, the law, the very genius of Anglo-American liberty demand a fair and impartial trial.” 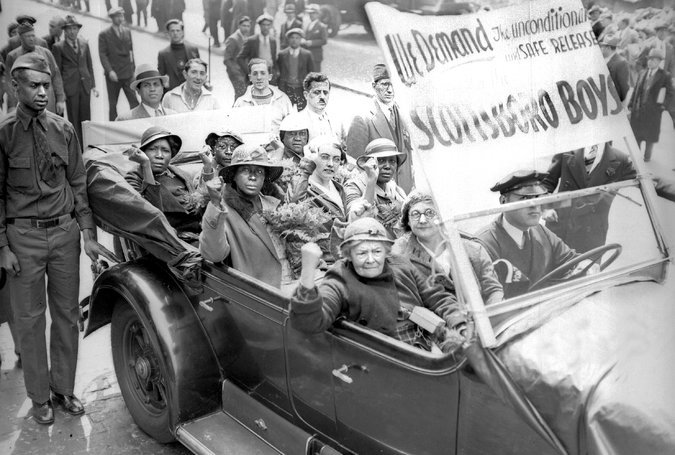 In a surprising turn of events, the United States Supreme Court reversed the convictions, though the boys were not found not guilty of the accusations against them.  Judge Hawkins haste to trial was noted.

The Supreme Court then sent the case back to Judge Hawkins.  He requested a change of venue. The case would now be heard in rural Decatur, Georgia; Ku Klux Klan territory and near the homes of one of the reported victims. Samuel Leibowitz was the new defense attorney.

Leibowitz and the boys were under the constant protection of the National Guard Captain, Joe Burelson. In this case, Bates revealed that a rape had not occurred. She further explained, “I told it just like Victoria did because she said we might have to stay in jail if we did not frame up a story after crossing a state line with men.” Bates explained that Price had commented, “she didn’t care if all the Negroes in Alabama were put in jail.”

Bates also admitted to having intercourse with Lester Carter two days before she and Price made their false accusations.

April 1, 1935, the United States Supreme Court sent the cases back a second time for retrials in Alabama.

On January 23, 1936, Haywood Patterson was convicted of rape and sentenced to 75 years. He escaped in 1948 and was re-apprehended in 1950 after publishing The Scottsboro Boy.  He was later convicted of manslaughter for stabbing a man in a bar fight. He died in 1952 from cancer. 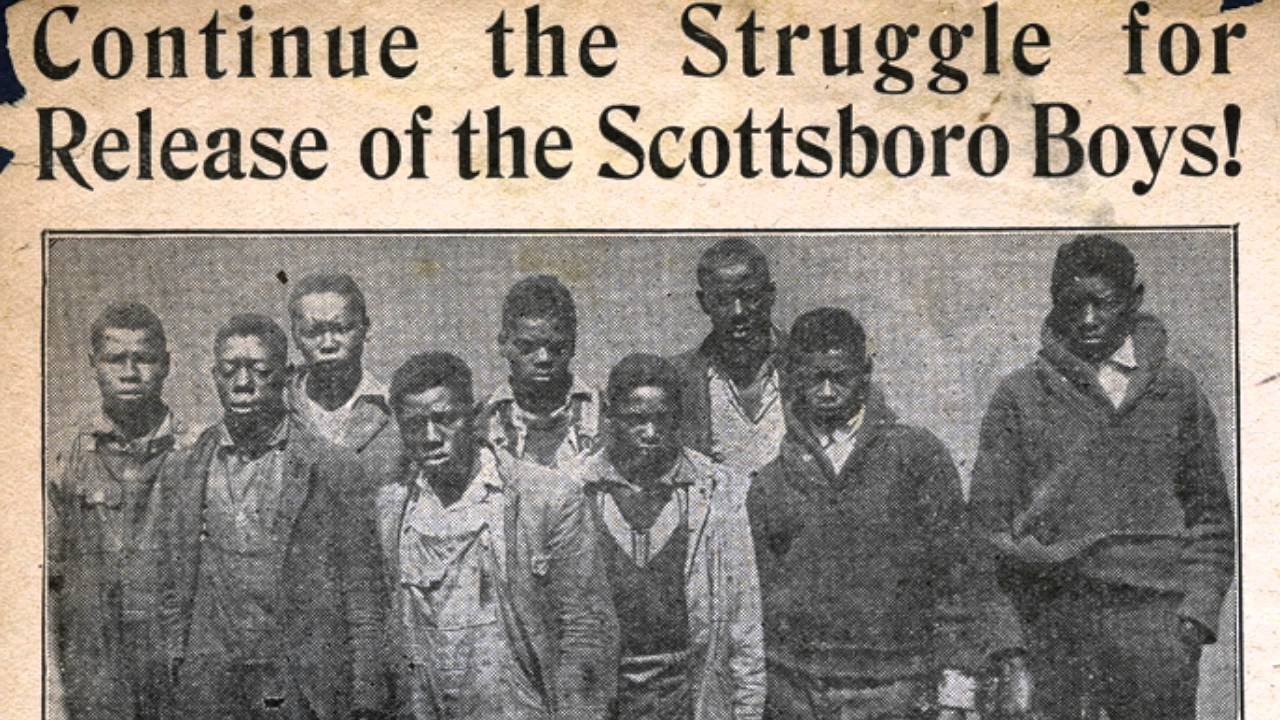 On January 24, 1936, Ozie Powell was involved in injuring a deputy. On July 24, 1937, Ozie Powell was brought into court and the new prosecutor, Thomas Lawson, announced that the state was dropping rape charges against Powell and that he was pleading guilty to assaulting a deputy. He was sentenced to 20 years. He was released from prison in 1946.

On July 15, 1937, Clarence Norris was convicted of rape and sexual assault and sentenced to death. Governor Bibb Graves of Alabama in 1938 commuted his death sentence to life in prison. He was paroled in 1946. In 1976 Governor George Wallace pardoned Norris, declaring him “not guilty.” Norris’ autobiography, The Last of the Scottsboro Boys, was published in 1979. Norris died on January 23, 1989, of Alzheimer’s disease.

On July 22, 1937, Andrew Wright was convicted of rape and sentenced to 99 years. He was paroled but returned to prison after violating parole. Finally released in 1950, he was paroled in New York State.

On July 24, 1937, the state of Alabama dropped all charges against Willie Roberson, Olen Montgomery, Eugene Williams, and Roy Wright. The four had spent over six years in prison on death row, as “adults” despite their ages. Thomas Lawson announced that all charges were being dropped against the remaining four defendants: He said that after “careful consideration” every prosecutor was “convinced” that Roberson and Montgomery were “not guilty.”

After Alabama freed Roy Wright, the Scottsboro Defense Committee took him on a national lecture tour. He joined the United States Army. Later he married and joined the Merchant Marine. After Wright came back from a lengthy time at sea in 1959, he thought his wife had been unfaithful. He shot and killed her before turning the gun on himself and committing suicide.

Interior of the Scottsboro Boys Museum and Cultural Center…Scottsboroboys.org

On November 21, 2013, the Alabama Board of Pardons and Paroles granted posthumous pardons to Weems, Wright and Patterson, the only Scottsboro Boys who had neither had their convictions overturned nor received a pardon.

Governor Robert J. Bentley iterated, “While we could not take back what happened to the Scottsboro Boys 80 years ago, we found a way to make it right moving forward. The pardons granted to the Scottsboro Boys today are long overdue. The legislation that led to today’s pardons was the result of a bipartisan, cooperative effort. I appreciate the Pardons and Parole Board for continuing our progress today and officially granting these pardons. Today, the Scottsboro Boys have finally received justice.”

In 2010, Sheila Washington founded the Scottsboro Boys Museum and Cultural Center in Scottsboro.