You may have participated in the present-day cakewalk, a musical chair contest, where participants walk around a circle marked off with numbers, hoping that the number they get close to would be called by the emcee in order to win a prize.

Cakewalk, to others, refers to a task that can be done with ease but the actual history of cakewalk is far from easy.

It has a complicated past that illustrated how African Americans opposed their oppressors.

Though the exact year and actual origin of the dance is still debatable, historical accounts state that cakewalk is a pre-Civil War dance originally performed by slaves on Southern plantations. 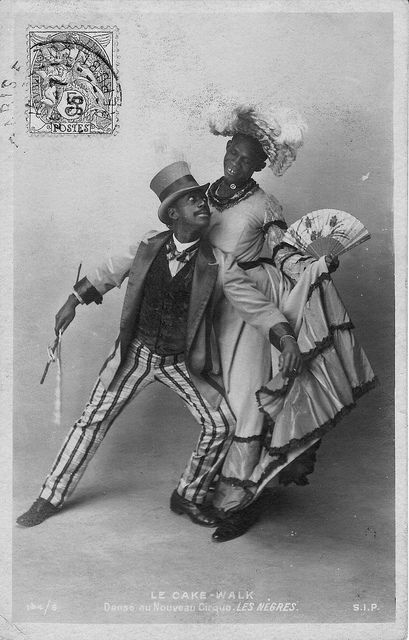 First known as the “prize walk”, the 19th-century couple dance contest usually ended with a prize (often a well-decorated cake) for the couple with the best dancing skills.

And here’s how it was performed:

Couples would stand in a square formation with men on the inside perimeter and then dance around the ballroom “as if in mimicry of the white man’s attitudes and manners,” according to Richard Kislan.

Involving bows and hat doffings, the steps of the dance included “a high-leg prance with a backward tilt of the head, shoulders and upper torso,” as well as some traditional African steps. 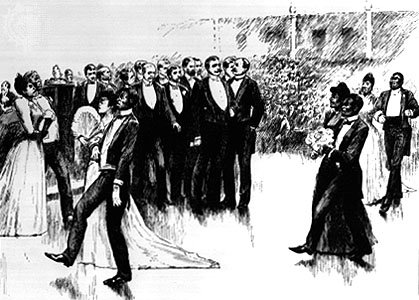 An illustration of the cakewalk dance: www.britannica.com

Dressed up in their finest clothes, the slaves, essentially, mimicked the stilted walks and mannerisms of their slave masters through these steps.

Plantation owners served as judges for these contests, without fully realizing that their slaves were just mocking them during these intricate dances.

“They did a take-off on the high manners of the white folks in the ‘big-house,’ but their masters, who gathered around to watch the fun, missed the point.” 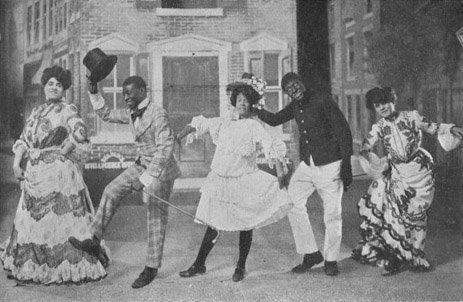 But to demonstrate their authority, the white slave masters made sure that they presented the cake instead of allowing the enslaved to choose.

White people got really captivated with cakewalks that by 1870s, after the end of the Civil War, the dance was already a popular feature in minstrel shows, a type of variety show where white people performed in blackface.

It was around this period that cakewalk came to mean “easy”, not because the dance was particularly simple to do but rather because of its dance steps were “fluid” and “graceful”.

Some African Americans would later tour, often in blackface themselves, with the featured dance. 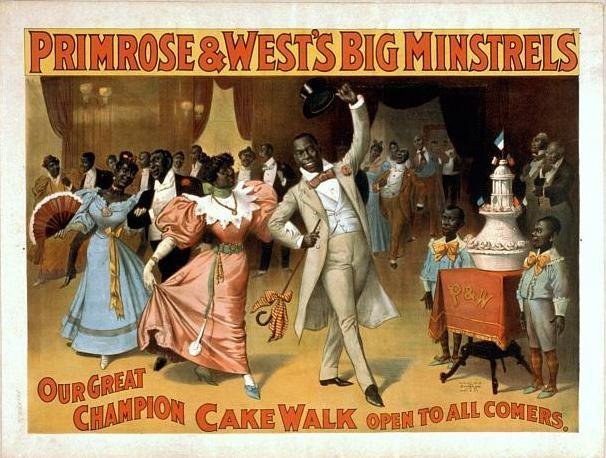 Cakewalk dances were a popular feature in minstrel shows

Legendary performers, Charles Johnson and Dora Dean were the dance’s great popularizers, and cakewalk contests were a staple of Manhattan nightlife around the turn of the century, for whites as well as blacks, according to an article by Slate.

By 1892, cakewalk was the main feature in American popular culture and entertainment that local cakewalk championships were being held in New York’s Madison Square Garden.

The dance had already caught on in Europe during this period and in 1889, it was gracefully performed at the Paris World Fair.

Cakewalk would later get its own form of music, an early precursor of what is currently known as ragtime. 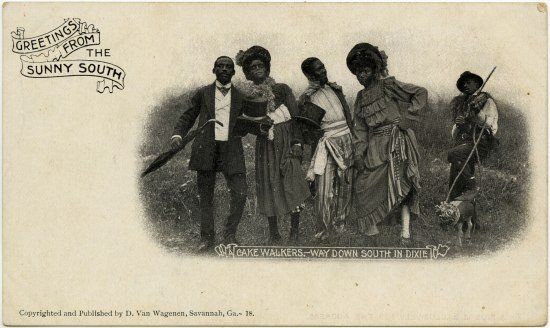 In effect, from beginning as a covert way of mocking white slave owners, cakewalk grew to become a unique African-American product with signs and expressions that can be seen in present-day African-American dance and music.

Watch some of the cakewalk dance steps below: