Bunyoro, a kingdom in Western Uganda was one of the most powerful kingdoms in Central and East Africa from 13th century to the 19th century.

Long before the arrival of the European missionary doctors, the kingdom performed a highly developed surgical procedure; a cesarean section that saved mother and child in pre-hospital days.

In 1879, Robert W. Felkin, a Scottish medical anthropologist witnessed the cesarean section being performed by a native surgeon on a young woman in her 20s in Bunyoro.

Felkin’s testimony is documented in the book, The Development of Scientific Medicine in the African Kingdom of Bunyoro Kitara.

His account was received with shock and scepticism as the cesarean section was then regarded in England as an operation of the greatest gravity only to be performed in the most desperate of circumstances.

Felkin reported: “A 20-year old woman, carrying her first pregnancy, lay on an inclined bed. She was supplied with banana wine and was in a semi-intoxicated state. She was perfectly naked.

“A band of mbugu (bark-cloth) fastened her chest to the bed, while another mbugu band fastened down her thighs and a man held her ankles. A man standing on her right side steadied her stomach, while the operator stood on the left side holding his knife aloft and muttering an incantation.

“The operator washed his hands and the patient’s abdomen, first with wine and then with water. Then having uttered a shrill cry that was taken by the crowd assembled outside the hut, he proceeded to make a rapid cut in the middle line.

“The whole abdominal wall and part of the wall of the uterus (womb) was severed by this incision, and the amniotic fluids (water which surrounds the baby) shot out.

“The bleeding points in the abdominal wall were touched with red-hot iron by an assistant. The operator then swiftly increased the size of the incision in the womb; meantime another assistant held separated abdominal walls with his hand, and proceeded to hold the separated wall of the womb with two of his fingers, but at the same time holding the abdominal wall apart. 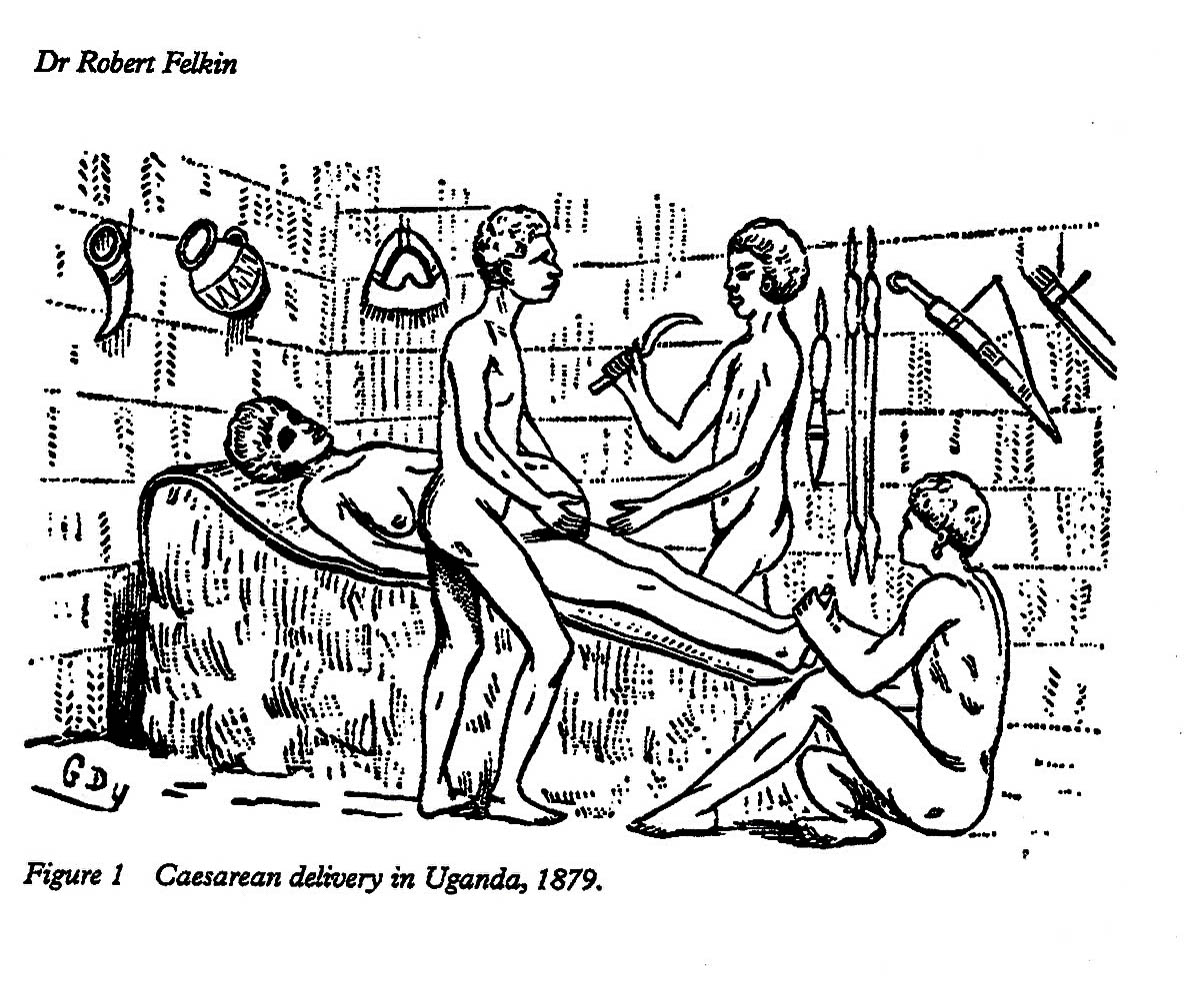 Cesarean delivery in Uganda in 1879

“The child was rapidly removed and given to an assistant and the umbilical cord was then cut. The operator put his knife away and seized the contracting womb with both hands giving it a squeeze or two.

“He next put his right hand into the cavity of the womb and using two or three fingers dilated the part of the womb which connects to the vagina from within outwards.

“He then cleaned the uterus and uterine cavity of clots and lastly removed the placenta (afterbirth) which had separated by now.

“His assistant was endeavouring but to no avail to prevent the intestine from escaping the incision. The red-hot iron was used once more to stop the bleeding from the abdominal wound, carefully avoiding the healthy tissue.

“The operator then lets loose the womb which he had been pressing the whole time. No sutures were applied to the wall of the womb.

“The assistant holding the abdominal walls now let go and a porous grass mat was placed over the wound and secured.

“The mbugu bands were untied and the woman was brought to the end of the bed where two assistants took her in their arms and held her upside down so as to let the fluid in the abdominal cavity drain out onto the floor.

“She was then returned to the original position. The edges of the wound were brought together into close opposition, using seven well-polished iron pins which were fastened by a string made from mbugu.

“A paste prepared by chewing two different roots and spitting the pulp into a bowl was then quickly plastered over the wound and a warmed banana leaf was placed on top of the paste.

“A firm bandage was applied to the wound and dressing using mbugu cloth.

“During the whole operation, the patient never uttered a moan or cry. She was comfortable after the operation. Two hours later she was breastfeeding her newborn.

“The rest of the pins were removed six days after the operation. At every dressing new pulp was applied and pus was removed using foam from the same pulp.

“Eleven days after the operation the wound was entirely healed; the patient had no fever and was very comfortable. The secretions from the birth canal were normal.”

Health experts have since indicated that what Felkin witnessed was not so different from what modern doctors do.

The surgery occurred during the reign of Omukama Kabalega Chwa II, one of the most powerful and bravest Kings the Kingdom has ever had. 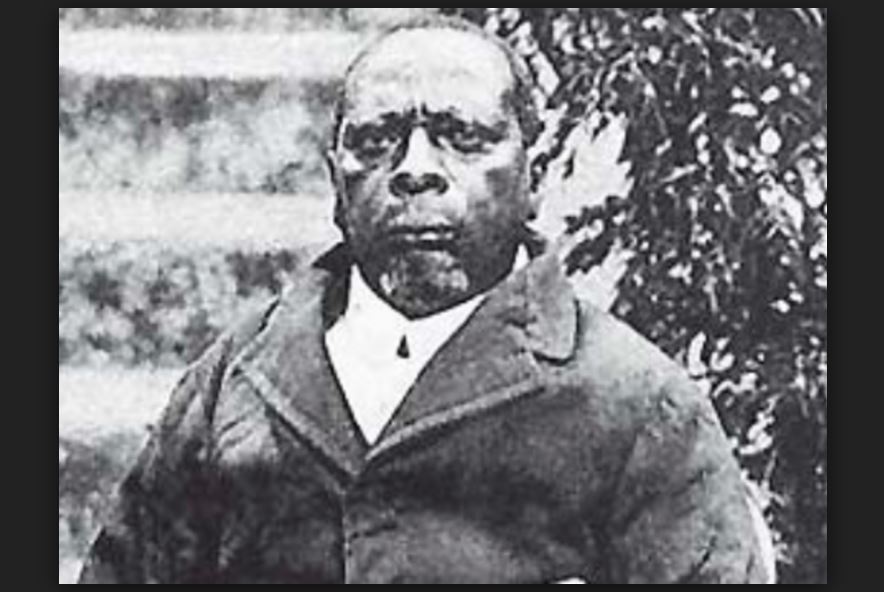 He fought against the superior British forces for nine years and reclaimed several lost territories.

During his region, Bunyoro discovered a cure for sleeping sickness and his people used to be immunized against endemic syphilis.

This, in effect, showed how advanced the Kingdom was in terms of medicine and surgery even before the arrival of the first European doctors.