When Miles Vandarhurst Lynk was six years old, his father, a former slave, was killed in an accident.

Lynk had to help his mother to run the farm where they lived in order to make ends meet.

Born in Brownsville, Tennessee, on June 3, 1871, Lynk at the age of 17 had to start teaching in neighbouring Fayette County, Tennessee, to raise money to further his education.

He schooled at Meharry Medical College in Nashville for two years and graduated in 1891 at the age of nineteen, making him one of the youngest physicians in the state.

He also founded the first medical journal published by an African American called The Medical and Surgical Observer.

This journal, which focused on African American health care, was published every month from 1892 to 1894. 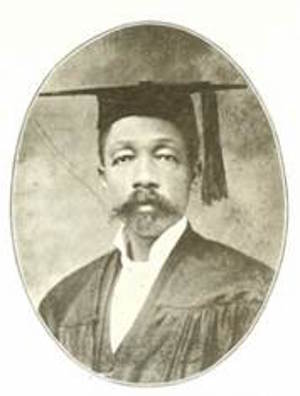 Lynk further became a co-founder of the National Medical Association, the organization for African American physicians in 1895.

In 1900 Lynk and his wife, Beebe Stephan, founded the University of West Tennessee which included departments in medicine, dentistry, pharmacy, nursing and law.

Seven years later, the school moved from Jackson to Memphis.

Lynk’s wife would later become one of the first black women in the country to teach chemistry and medical Latin.

Lynk also served as dean of the School of Nurse Training of the Terrill Memorial Hospital in Memphis.

When the University of West Tennessee closed due to funding issues in 1924, it had already granted 216 medical degrees.

Many of its graduates gained prominence in their recognized fields, practising in several states and countries.

Throughout his career, Lynk was recognized as one of the top fifty black medical practitioners in the United States.

In addition to practising medicine, Lynk wrote books on African American history including The Black Troopers; or, the Daring Heroism of the Negro Soldiers in the Spanish American War, and The Negro Pictorial Review of the Great World War, which was released in 1919.

In 1952, Lynk was honoured by the National Medical Association as the ninth recipient of the Distinguished Service Award.

As part of efforts to commemorate his life and service, the Tennessee Historical Commission created a historical marker of Lynk’s childhood home in Brownsville.