In 1974, Idelfonsa Perez’s interview was published in Granma, the official daily newspaper of the Cuban Communist Party, detailing her experience as a slave. 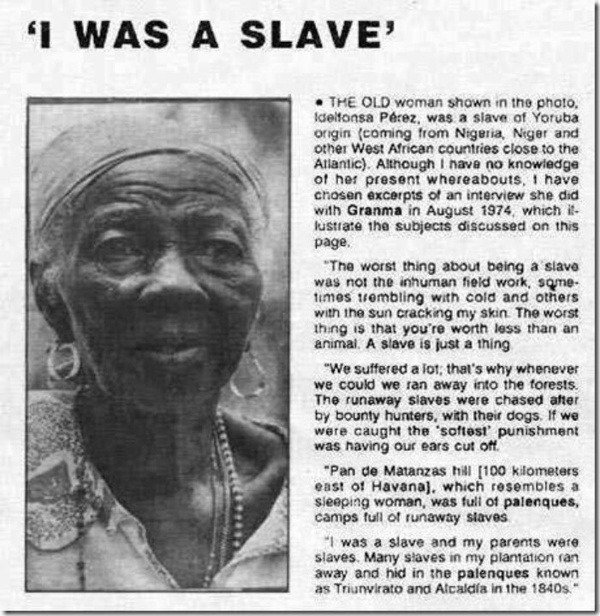 Perez was of Yoruba descent and was born in either Nigeria or Benin.  She stated that she and her parents were all slaves and were transported to Cuba. Runaway slaves would escape to the Palenques, camps formed by fugitive slaves.

In her account, Perez stated, “The worst thing about being a slave was not the inhuman field work, sometimes trembling with cold and others with the sun cracking my skin. The worst thing is that you’re worth less than an animal. A slave is just a thing.”

She continued, “We suffered a lot; that’s why whenever we could, we run away into the forests. The runaway slaves were chased after by bounty hunters, with their dogs. If we were caught, the “softest” punishment was having our ears cut off.”

The whereabouts of Perez after her interview are unknown.