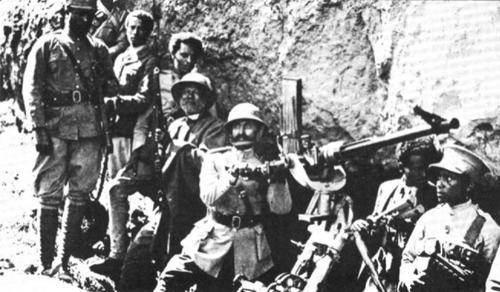 The Second Italo-Ethiopian War, or the Second Italo-Abyssinian War, began on this day in 1935. This war raged on for seven months, ending in the military occupation of the African nation.

At root, the “Abyssinia Crisis,” as it was also called, was years in the making. Europe and its colonization of the African continent had become a key point of contention for many. The League Of Nations, the intergovernmental organization developed to help bring about world peace, was largely ineffective from stopping the growth of the Axis powers of Germany, Italy, Japan, and other nations. The Axis opposed all Western authority and sought to dominate anyone in their path.

The League Of Nations had certain rules and protections in place for member nations. Both Italy and Ethiopia were part of the League, but it could not stop the Italian invasion or aid Ethiopian forces in quelling the takeover.

The “Walwal Incident” in December 1934 was the reason Italian leader Benito Mussolini decided to invade the country. Walwal, an eastern city, sat near a border, where a clash between the Kingdom of Italy and Ethiopia led to the death of 150 Ethiopians and two Italians.

On the eve of the attack, Ethiopian leader Haile Selassie I ordered men from the country to 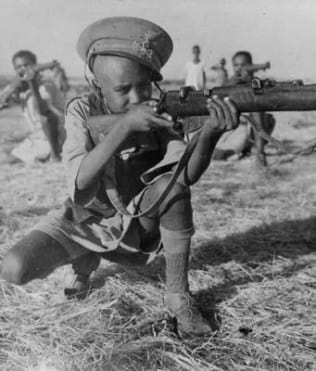 assemble and defend its lands. Although his troops outnumbered Mussolini’s, many of Selassie’s men were armed with primitive weapons and even more had no experience with military operations.

Mussolini’s forces entered Ethiopia from Eritrea, yet they did not declare war. Selassie took the crossing of borders as an affront and ordered the first of his offensive maneuvers, yet he was continually outgunned by the more experienced and well-equipped Italians.

For the next few months, city upon city fell to Italy and fell under the Fascist rule of Mussolini. 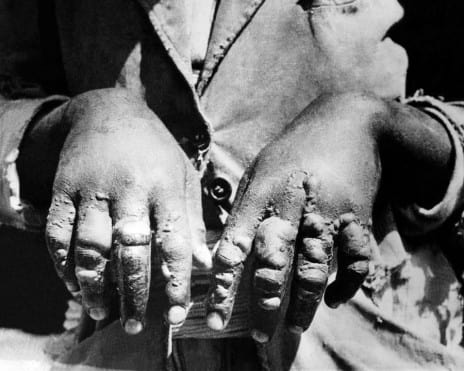 Second Italo-Ethiopian War. Evidence of Italian use of mustard gas used against Ethiopian forces at Dolo. Blistered hands of a victim were caused by mustard gas. Jan. 1936.

The Ethiopian forces were spirited, however, doing their best to pluck off enemy forces. Mussolini used chemical warfare (pictured) after Ethiopian soldiers down an Italian air pilot, sending a message to Selassie’s army.

The following May, Selassie fled to Europe in exile and did so with the blessing of the Italians who could have stopped his progress. Widespread rioting and looting took place when Selassie took leave, which was quelled by the emergence of Italian forces. Perhaps because of the fatigue of war and the lack of Ethiopian governance, a truce of sorts took place in June.