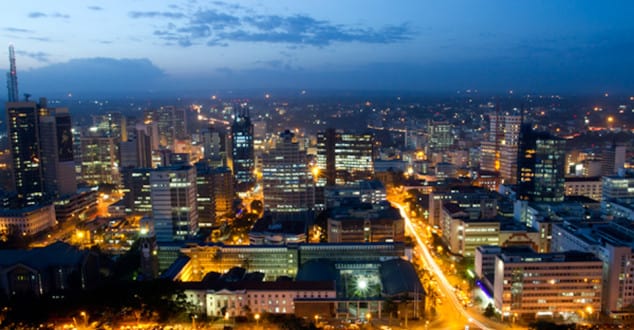 After rebasing their economy — as Nigeria did earlier this year — Kenya’s economy is 25 percent larger than previously thought, making it the fourth largest economy in Africa, according to the BBC.

RELATED: Nigeria Has Africa’s Biggest Economy Due To Fast-Growing Industries

Calculations on Kenya’s Gross Domestic Product (GDP) were previously based on data from 2001.

However, the country’s economic output from 2013 came to 4.76 trillion shillings or $53.1 billion. rather than the 3.8 trillion shillings that was initially calculated, according to the Minister of  Devolution and Planning Anne Waiguru.

The two sectors that weren’t considered in previous economic data were communications and property. These sectors helped elevate Kenya’s classification from a low-income country to middle-class.

Of Kenya’s new positioning, Economist Razia Khan of Standard Charter Bank said he wasn’t surprised by the numbers, “[The recalculation confirmed] what we had previously suspected.

“The economy has demonstrated good momentum and has been growing faster than the official data indicated all along. It fits with much of the anecdotal evidence available to us – still-robust business confidence and healthy private sector credit growth.”

Now one of the biggest economies on the continent, only Nigeria, South Africa, and Angola have larger economies.

In April, Nigeria became the largest economy of Africa, after economists were finally able to consider its uberly popular Nollywood, telecommunications, and oil industries. Previously, it had been 24 years since Africa’s most-populous nation had properly been assessed. The rebasing made Nigeria the 26th largest economy in the world.

SEE ALSO: Nigerians in America: Shut Up, Go Home & Do Something!