There are plans to turn the resort town Jacqueville in the Ivory Coast into an eco-efficient town by replacing bush taxis – called “woro woro” – with solar-powered tricycles. 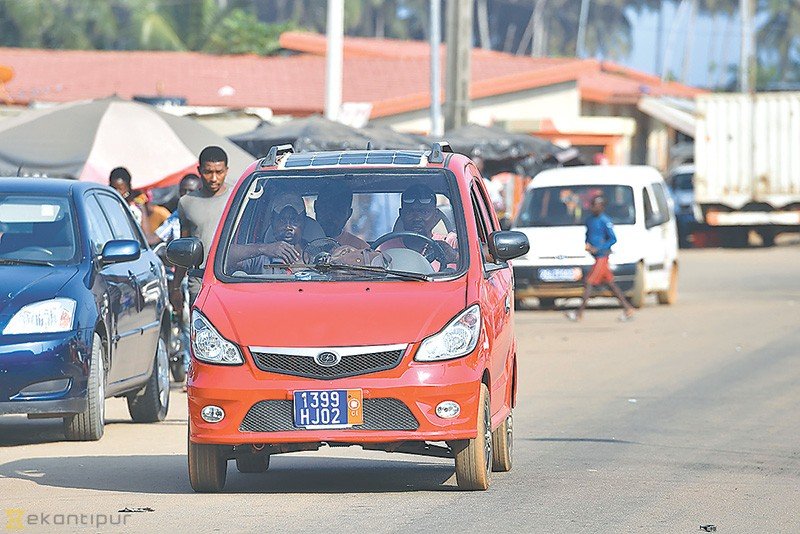 The pioneer of the project, Marc Togbe pitched his proposal to mayor Joachim Beugre who agreed wholeheartedly.

Beugre was quoted by ECN Magazine as saying, “We are used to seeing (typically old and beaten up) bush taxis pollute the atmosphere and the environment. We said to ourselves, if we could only replace them by solar trikes.”

The cars are Chinese manufactured, 8.8 feet long, 6.6 feet high and are covered with solar panels that include six 12-volt batteries. On average they can be ridden for 87 miles on solar power alone.

Togbe began the venture with his business partner Balla Konate in January with just two cars. He then sent four drivers for extended training in Lomé, Togo.

“Today, a dozen cars are up and running. We are right in the test phase. More and more people are asking for them,” said Beugre.

There are also plans to begin utilizing 22-seat “solar-coaches” which aims to alleviate the issue of transportation for students.

The project is slowly fueling the economy as well; twenty individuals were hired as drivers and mechanics, as reported by ECN Magazine.

“We’re on the go from six in the morning and finish around 10 or even midnight, weekends too,” explained Philippe Aka Koffi, a 24-year-old who has been working as a driver for five months.

The price for opting to board the proposed taxi to the downtown area is 100 CFA Francs or $0.18 which is attracting between 500 to 1,000 customers, as explained by the town hall and promoter.

The West African country is the leader when it comes to electric consumption, 75 percent of which comes from thermal energy and the remainder from hydroelectric dams, is looking upwards and hoping to achieve an 11 percent share of national consumption for renewables by 2020.

Beugre iterated, “Our ecological project will go all the way” and “stand up to the power of oil and gas.”

“In years to come, we want to ensure that these solar-power machines become the main means of travel in the area.”