James Preston Poindexter was born on October 26, 1819, in Richmond, Virginia. Poindexter was dubbed the longest standing advocate of Black civil rights after Booker T. Washington.  After apprenticing as a Barber in his youth, Poindexter moved to Columbus, Ohio where he was ordained and became a pastor in 1862.  In 1857, he joined a private black civil rights group called Sons of Protection. He was a member for 30 years. 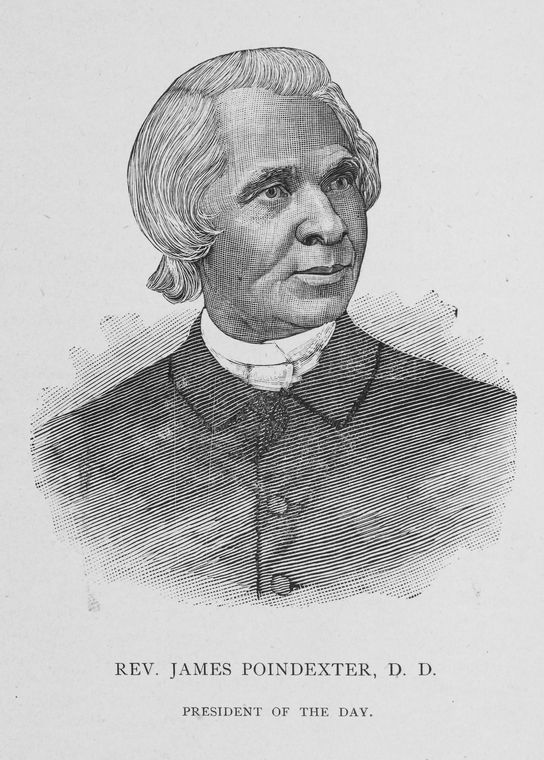 In 1872 Poindexter became a representative to the Republican National Convention in Philadelphia. Subsequently, he was the first black man in Ohio to run for a seat in the House of Representatives.  Poindexter was selected as the Republican candidate however, he lost to the Democratic runner.

In 1880 he served as Vice President of the city council; he concurrently filled a vacant position on the board of education from 1884-1893.  He also held the positions of trustee of the Institute for the Blind, trustee of the now Ohio University, was on the Board of Directors of the Ohio State Forestry Bureau, president of the Columbus Centennial Freedom Jubilee, and a trustee for Wilberforce University.

Poindexter was also the first African-American foreman on an Ohio grand jury.  He wrote for several publications and worked in conjunction with President Rutherford B. Hayes, President William McKinley, and Ohio governor William Dennison Jr.

Additional highlights in Poindexter’s life was his honorary Doctor of Divinity Degree bestowed by State University, Louisville, Kentucky and was instrumental in Frederick Rick Douglass’s visit to Columbus where he spoke at the Free Soil Party Convention.

In 1898 Poindexter resigned as the official pastor of the Second Baptist Church in Columbus nonetheless, he continued to spread the word of the Gospel. He died on February 7, 1907.