A White man supposedly resembling Jesus of Nazareth as portrayed in many gospel movies was seen walking barefoot on the streets of Nairobi, Kenya’s capital, Wednesday almost causing a stampede as Kenyans struggled to see and take selfies with him.

The man, who is yet to be identified, has a long beard and face, wore a tattered robe, and held a walking stick, depicting the same image of Jesus Christ in most Western movies.

The rather startling images of him walking on the muddy streets of Nairobi with heavy luggage on his back have been making rounds on social media, with many Kenyans making hilarious remarks about them:

Just when you thought 2016 couldn’t get any crazier now Jesus dropped from heaven!! Am done #Jesusinnairobi

It is still not clear why the white man, who appears to be a tourist, decided to wear a tattered robe and walk barefoot in the current cold weather experienced in Nairobi.

Some Kenyans condemned the apparent naivety portrayed by their fellow countrymen who almost toppled one another other in a rush to see the White man:

#jesusinnairobi @ItsMainaKageni Women taking selfies with ‘Jesus’…I feel sorry for the men who are going to pick a wife out of this bunch!

Nobody has ever seen Jesus except akina 12 disciples,levi the tax collector,pharisees&saducees.Stop making this guy an idol! #JesusInNairobi

Others wanted to see the 12 disciples of Jesus and the two thieves who were crucified with him as written in the Bible.

Perhaps in an attempt to convince themselves that the man was indeed Jesus Christ, some people claimed that they heard the trumpets that were promised in the Holy book when the son of God comes back to earth.

Others claimed the list of sinners destined for hell would be coming out on Sunday, with others calling on their friends and relatives to repent their sins: 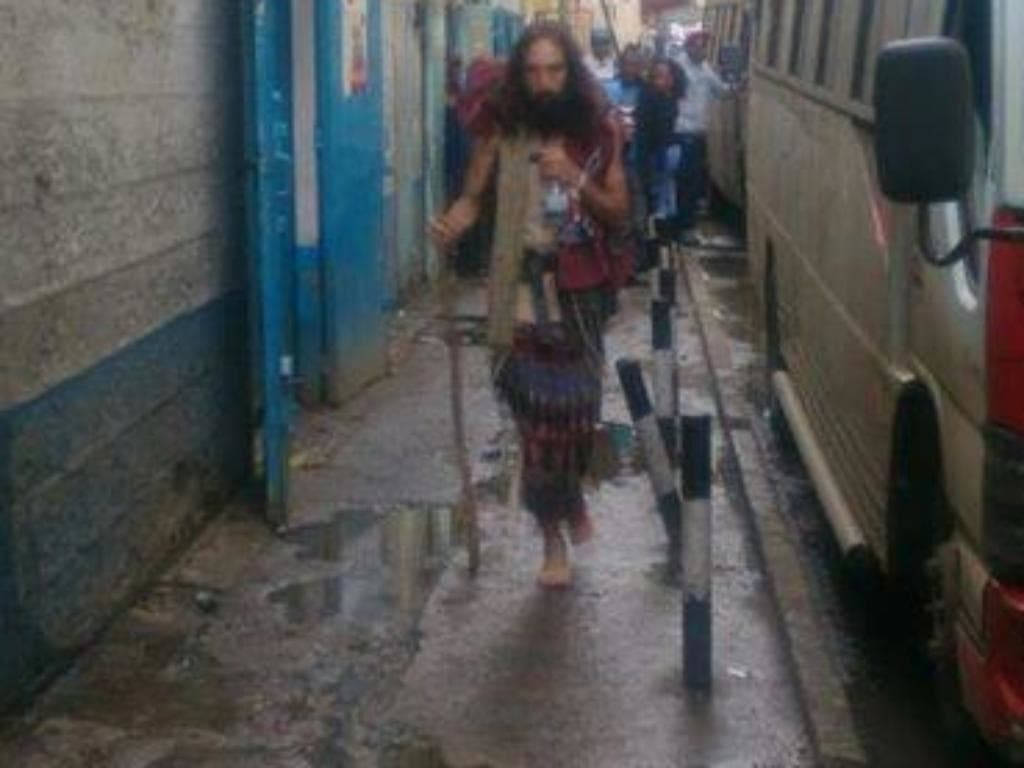 Some unconfirmed reports say that the man who supposedly resembles Jesus was an Italian tourist who, together with his fiancé, finds pleasure in practicing some of the most innate African traditions like wearing animal skins and walking barefoot.

Unfortunately, the doubting Thomases in Nairobi didn’t get an opportunity to look at his hands to confirm if he had nail marks from his crucifixion on the cross.