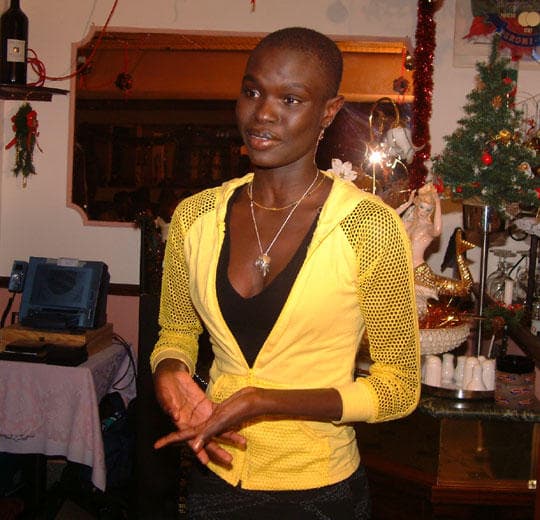 Kenyan model Ajuma Nasenyana is speaking out against the Eurocentric values of beauty that have spread throughout the African continent and the Diaspora.

In an interview with The Daily Nation, Nasenyana discusses the prevalence of skin lightening creams in her home country of Kenya and the motivations behind the European countries that are responsible for marketing these products.

“It seems that the world is conspiring in preaching that there is something wrong with Kenyan ladies’ kinky hair and dark skin…their leaflets are all about skin lightening, and they seem to be doing good business in Kenya. It just shocks me. It’s not OK for a Caucasian to tell us to lighten our skin,” she said.

Unfortunately skin lightening is an epidemic across the Diaspora. In the Caribbean, more Afro-descendants are seeking out products that bleach the skin over time, leading to a paler appearance. These products are dangerous both physically and mentally. The physical damage done to the skin pigmentation is irreversible, and the mental damage takes an even harsher toll.

Skin bleaching is, however, only a symptom of a much larger problem. In the media, lighter skin is constantly held on a pedestal, whereas darker skin is looked down upon. Fashion magazines usually portray only white women or lighten the skin of non-white women.

Jourdan Dunn, a British fashion model, has also spoken against the white-washing so prevalent in the industry. Afro-Latinas throughout the Diaspora have criticized Spanish-speaking television channels of only portraying their white or very light counterparts.

But Nasenyana is fighting back. In the tradition of African models like Iman, Nasenyana is considering creating a skincare and cosmetics line for Black women. She plans on creating make up in shades that compliment brown and dark brown tones while having products that help nourish the natural beauty of dark skin.

Here in the US, skincare and cosmetics for women of color have been marginalized to the ‘ethnic’ aisles of major stores. Supermodel Iman criticized major retailers like Wal-Mart, Target and Walgreens for hesitating to carry her beauty line. They were under the misconception that Black women do not use make up, which is simply a way of stripping women of color from their femininity.

These models are making great strides despite the obstacles they face in their fields of work. Black women have a lot to look forward to with this surge in the fight to reclaim and celebrate their beauty.