This article has been edited and was first published on March 20, 2018.

Intellectual property rights is a new area for traditional African societies whose designs, colours and trademarks have helped make millions of dollars for multinational companies worldwide.

The Maasai tribe of Kenya has awakened after years of cultural exploitation by dozens of brands including international fashion brands and car manufacturers who have incorporated their rich culture into their product design without credit nor fees.

This enlightenment resulted in the creation of the Maasai Intellectual Property Initiative Trust which is working with lawyers to get these companies using the Maasai trademark to pay for it.

The Maasai are working with a subsidiary of Washington-based advocacy group Light Years IP whose founder, Ron Layton, is pushing for the rights of the nearly two million pastoralists be restored, the Financial Times reported in January.

Light Years IP has helped Ethiopian coffee growers build trademark protection around their premium coffee and now, it has succeeded in getting a UK retail company agree to pay for its use of the Maasai designs for clothes.

Layton told FT that royalties that could be claimed by the Maasai are worth hundreds of millions of dollars and they could eventually use their brand to strike deals across a range of products in which a typical licensing fee would be 5 percent of the retail value.

Koy Clothing, the UK retail company run by brothers Alastair and Jimmy Scott said: “The ‘Maasai’ brand is valuable, and it should belong to the Maasai people. Their name, designs and styles often get used by others, but the Maasai don’t earn a penny from this. Well, we have taken the opposite approach!” it explained on its website.

The two brothers who grew up in Kenya said the Maasai fabrics presented an opportunity to combine authentic African cloth with the quintessentially British lifestyle and that “5% of all our sales are donated to support and respect the indigenous cultures that inspire our designs.”

Koy Clothing has produced a line of jackets made from Kikoy, a traditional 100% cotton cloth from Kenya. They named the jackets Maasai by reference to its colouring. 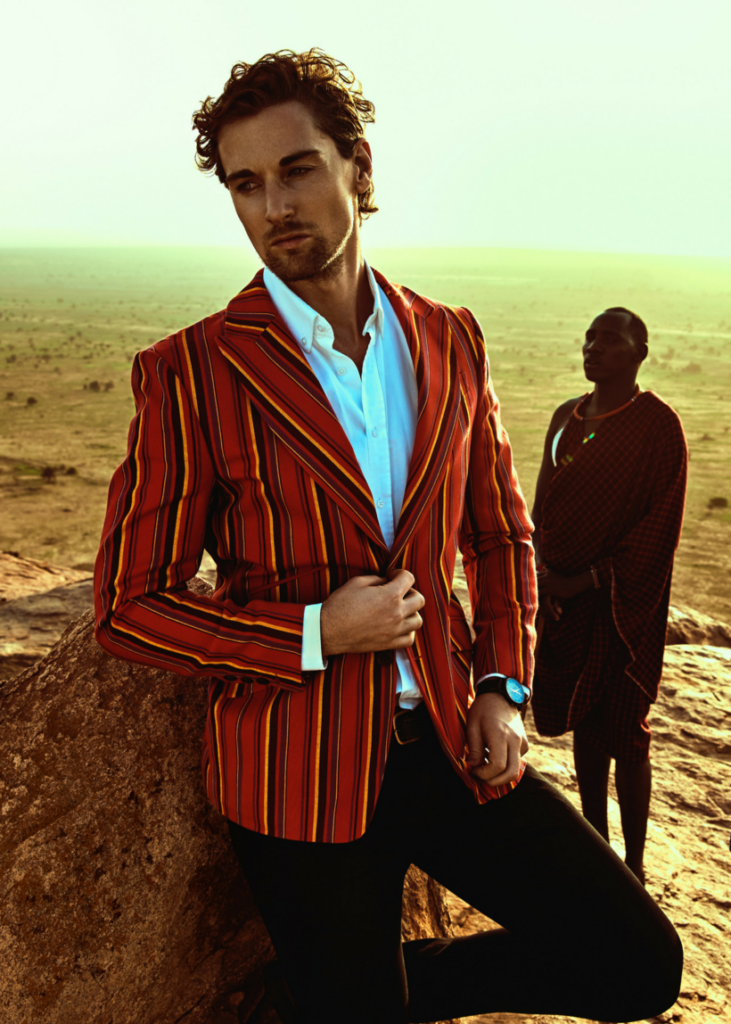 Light Years IP is in talks with other companies including Louis Vuitton, Calvin Klein, Ralph Lauren, Jaguar Land Rover and Masai Barefoot Technology, a shoe company, who have used Maasai imagery or iconography to project their brand.

They estimate that more than 1,000 companies are guilty and according to Isaac Ole Tialolo, the chairman of the Maasai IP Initiative, “if they refuse to negotiate at the table, we will have no option but to go to the courts.”