According to The Economist, Africa is on the rise again. But not its GDP; rather, its debt.

Despite forecasts of stellar economic growth this year, African leaders still have reason to worry. According to The Economist, many African countries are in the red, with government debt rising above 50% of GDP in the region. 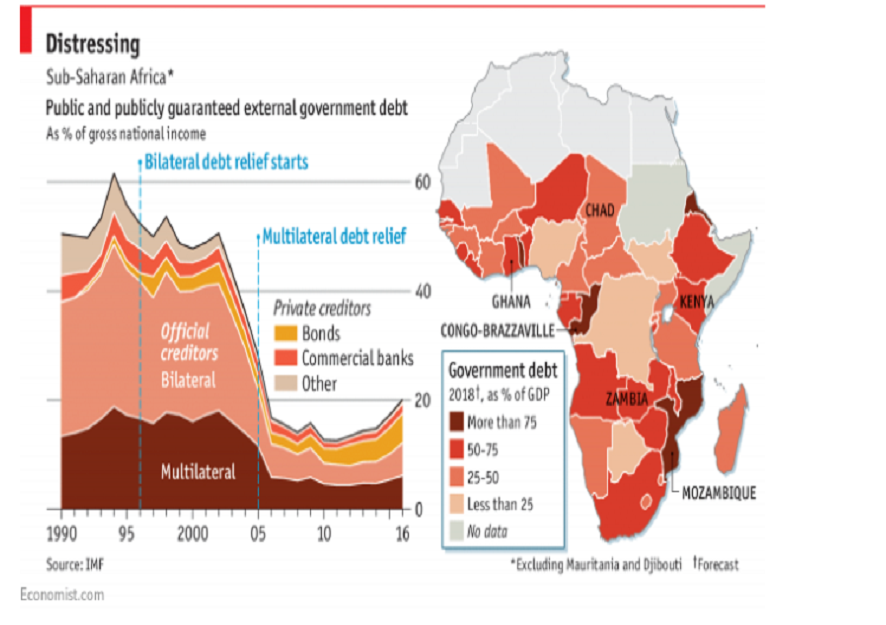 Why? A long decline in commodity prices has led to low export revenues and empty African government purses. This has sent African governments scrambling to international markets to borrow to fill the void in their budgets.

In fact, for many African countries, government debt has always been a huge concern. In the 1980s, economic recession and reckless spending led to unpayable sovereign debt, which locked the continent out of the global financial system.

After massive public outcry, lenders forgave the loans of “heavily indebted poor countries” (HIPC) in 2005. Thirty HIPC countries were in Africa. With fresh credit, many African countries turned their economies around with better economic policies. By 2012, the median debt level in sub-Saharan Africa (as defined by the IMF) was only 30% of GDP. 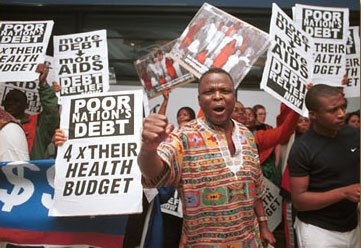 Today, the median debt-to-GDP ratio is back over 50%. Although this amount may seem low compared to that of many other countries around the world (America’s debt to GDP ratio as of 2016 was 106.10 percent), African countries have little ways to finance their debt. Specifically, they pay high-interest rates on their debt as compared to other borrowers and collect relatively little tax to finance their debt, a double whammy.

As a result, economists warn that Africa cannot afford to borrow nearly as much as its counterparts elsewhere do. In fact, the IMF says that five sub-Saharan African countries are already in “debt distress”, nine more are at high risk of joining them.

Politicians fear that “sudden spending cuts would leave half-finished infrastructure projects to rust, and could potentially exacerbate the debt crunch by tipping economies into recession”. A more middle line approach is one the IMF says is also the least costly way to deal with fiscal imbalances on the continent: raise the region’s tax-to-GDP ratio, which remains meagre compared to that collected elsewhere.