Kwame Nkrumah (pictured) emerged as the leading figure in helping Ghana gain independence from European colonizers and rose to become the African nation’s first prime minister and then president. Nkrumah, who ruled as president from 1960 to 1966, died on this day in 1972 while in exile. 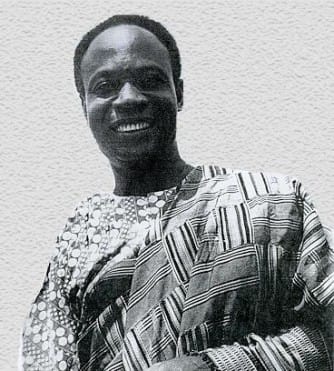 Nkrumah, born September 1909, was born Francis Nwia Kofi Ngonloma in what was the then- British colony the Gold Coast. His family came from the Nzema ethnic group, who are part of the Akan people. As a teenager, he studied to become a teacher in Accra, meeting headmaster Kwegyir Aggrey who taught him about the pan-Africanist efforts of W.E.B. Du Bois and Marcus Garvey.

Nkrumah became a teacher in Axim, and later taught at a Catholic Seminary in Amissano. While he considered becoming a priest, Nkrumah heard a lecture from journalist and future Nigerian President Nnamdi Azikiwe. Nkrumah then went to London to further his education but learned that Italian invaders were attacking the nation of Abyssinia.

Nkrumah left for America in the fall of 1935 and attended Lincoln University in Pennsylvania. He was exposed to Communist thought while working summers in Harlem, New York, and earned a pair of degrees from the school. Nkrumah also joined the Phi Beta Sigma fraternity and continued to be a voracious student, earning a pair of advanced degrees from the University of Pennsylvania.

Nkrumah aligned himself with a Marxist think tank of sorts, which featured Trinidadian C.L.R. 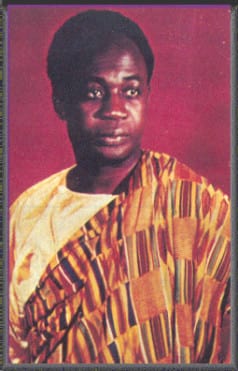 James among others. James, who didn’t respect Nkrumah’s intellect, was struck by the young man’s desire to overthrow Europeans in Africa. James connected Nkrumah with pan-Africanist George Padmore and later organized a summit in England in 1945. Around this time, Nkrumah began going by the name “Kwame.”

Nkrumah joined the United Gold Coast Convention (UGCC), calling for self-governance and independence from the colonial government in 1947. This collective of leaders aimed for the Gold Coast’s independence from Britain overall. After the end of World War II, many soldiers were denied end-of-war benefits and began plans to revolt against the colonial government. Nkrumah and others supported this move, with the “Big Six” being accused by the government of inciting riots.

The UGCC’s Big Six were arrested for allegedly inciting riots. The arrests of the UGCC made them heroes to the majority, and they gained the nation’s support from its mostly African population.  Nkrumah became notable among the youth after his release from prison in 1948 along with the other UGCC leaders. In 1949, Nkrumah formed the Convention People’s Party (CPP).

Nkrumah’s activity with the CPP drew notice from the government who agreed to allow only middle-class Ghanaians to vote. That wasn’t good enough for Nkrumah, so he continued his protests and was arrested and jailed ahead of a general election vote in 1951.

Nkrumah’s CPP won the election by a large margin, and he became the Gold Coast’s first Prime Minister. In 1952, his title was made official.

On March 6 ,1960, Ghana was declared a republic and an election placed Nkrumah in the top post again over a former ally.

Nkrumah was overthrown in by a military coup in 1966. Leaders of this coup accused the CPP of being corrupt and abusive to outside party members. He was then subsequently exiled and never returned home. Nkrumah made fast friends in the international community, despite his strong ties to Communist ideals. He lived in exile in Guinea but became withdrawn out of fear people were hunting for his head.

At the age of 62, Nkrumah died of prostate cancer.