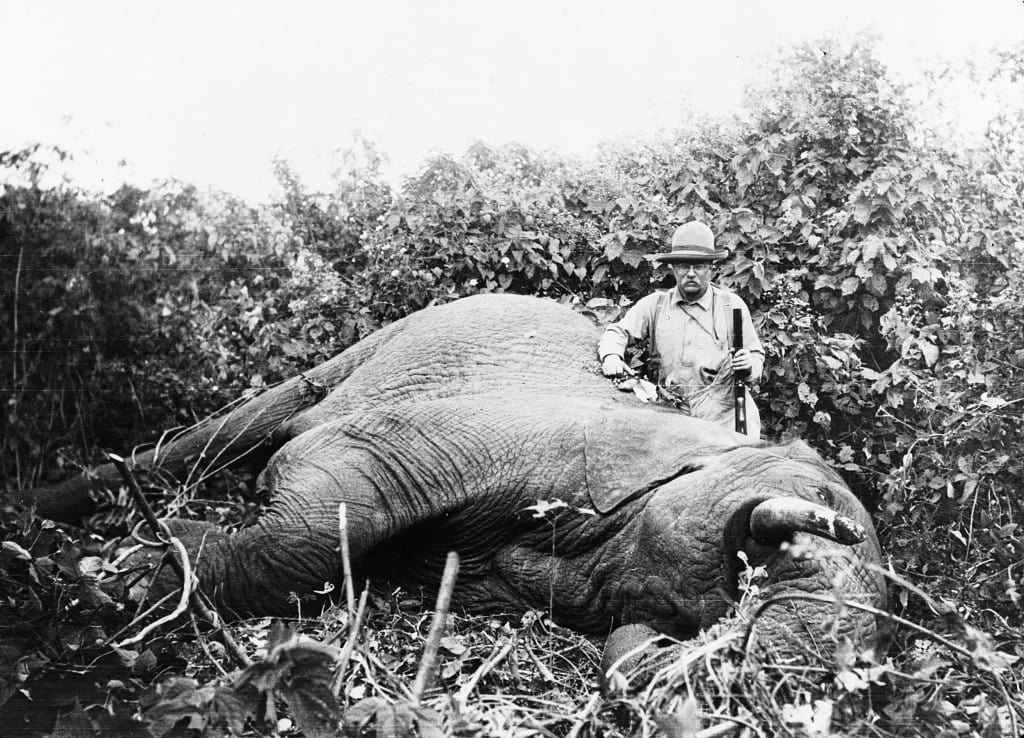 Theodore Roosevelt (pictured), the 26th President of the United States, led an expedition to Africa shortly after his term as presidency ended. Known as the Smithsonian–Roosevelt African Expedition, the Smithsonian Institution funded and supplied support for the trip, which had the mission of collecting specimens for the Smithsonian Museum of Natural History. In over eight years, the expedition allegedly collected more than 11,000 animal specimens. 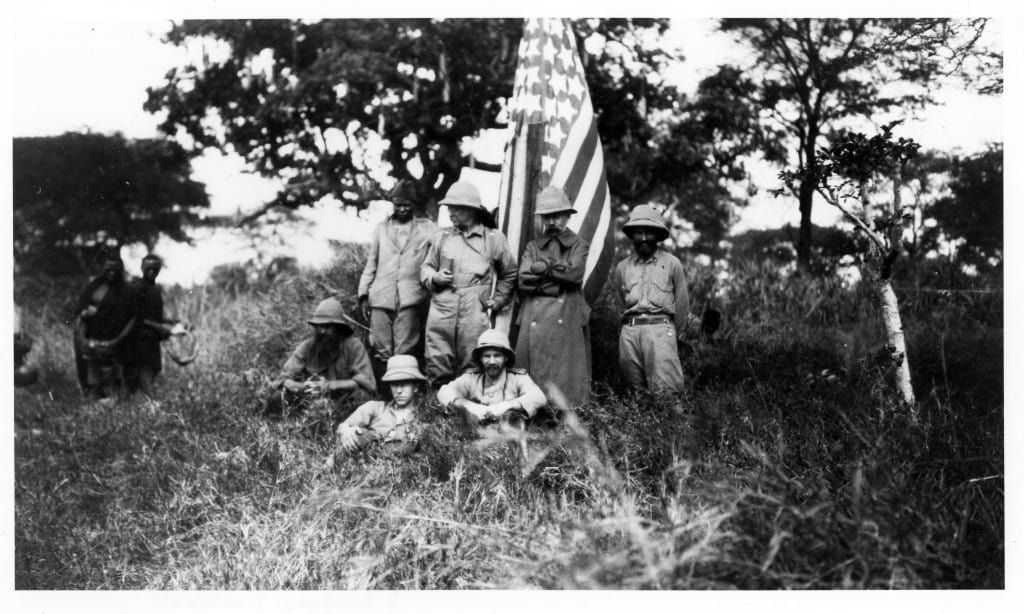 The expedition was ultimately led by hunter R. J. Cunninghame and members of the group included Smithsonian scientists.  Frederick Selous, a well-known big game hunter, was also part of this group. According to accounts, Roosevelt brought four tons of salt to keep the animal hides intact, and several high-powered rifles. 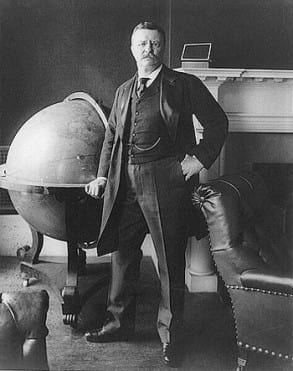 Other extravagances included the so-called Pigskin Library, a collection of classic books that were bound by pig leather and traveled in their own exclusive trunk. Roosevelt’s son Kermit, Edgar Alexander Mearns, Edmund Heller, and John Alden Loring were also members of the hunting troupe.

The group set sail from New York on a steamer, arriving in Mombasa, British East Africa, now known as Kenya. Over the course of the year-long mission, several conflicting reports have emerged as to what exactly Roosevelt and the group collected.

The 11,400 animal specimens reportedly collected has been challenged as a false number. 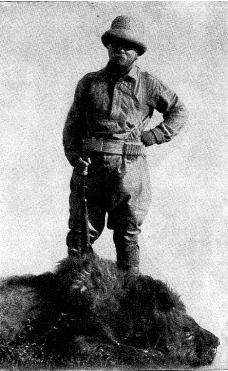 In reality, according to some accounts, that number was for the total amount of items and artifacts collected. Half of that number were said to be botanical in nature, with the rest being rodents, bats, and other small creatures.

Roosevelt faced criticism for the expedition but defied the outcry by saying that if he’s to be blamed, then other zoological institutions should also suffer the same.

Roosevelt was indeed a fan of the hunt, but also sparked conservationist efforts in Africa as well. He led similar wildlife preservation efforts in the States and is credited with planting the seeds for the big game reserve parks in Africa today.